When Robin Williams passed away in 2014, the world lost a true comedic genius. Growing up, I was always aware of Robin Williams from Good Morning Vietnam to the late-night reruns of Mork & Mindy that I would watch on Nickelodeon’s Nick at Nite. I became a fan of his after watching his special performances in Mrs. Doubtfire and Disney’s Aladdin. It was in these formats where I began to understand his legendary status. 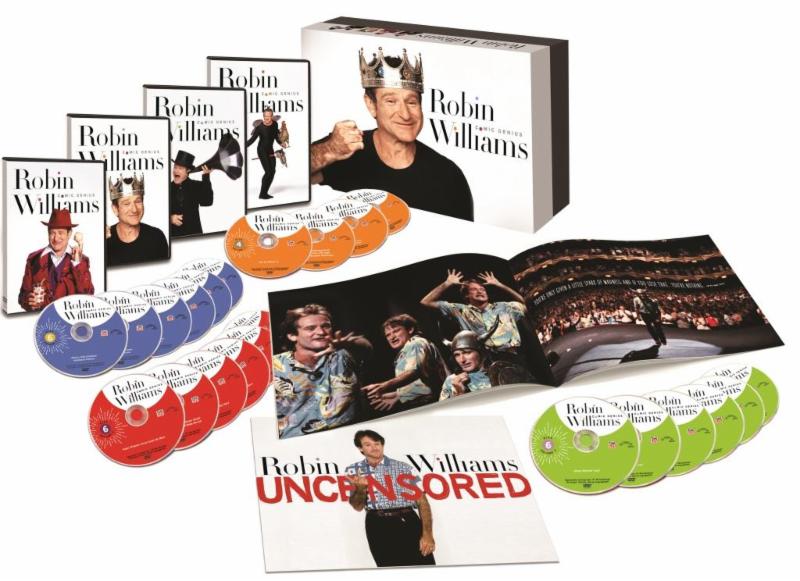 The epic collections are available now exclusively at robinwilliams.com. You can choose between the 22 DVD collection ($199.90) or the 12 Disc Collector’s Set ($99.95). The 12-disc option features 30+ hours of comedy and 60 performances. It also includes the bonus DVD of the HBO documentary and a collectible memory book featuring archival photos, and Robin’s tour notes.