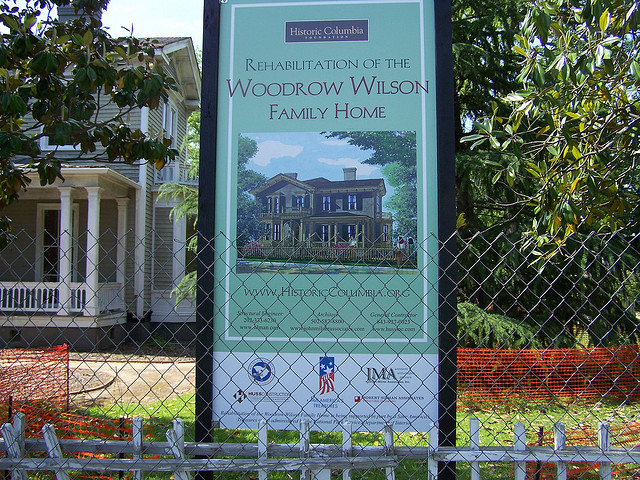 South Carolina’s only presidential historic site, this distinctive circa-1872 Italian villa-style residence was home to a 14-year-old boy named Tommy Wilson. Here his father Dr. Joseph Ruggles Wilson and his mother Jeannie Woodrow Wilson raised the young man who would come to hold the United States executive office and guide the nation through World War I as the first modern world statesman. 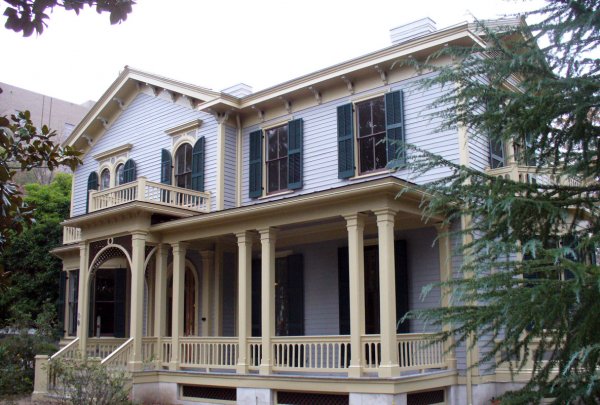 Standing at the southeast entry to the Robert Mills Garden District the Woodrow Wilson Family Home is a tangible link to the watershed Reconstruction era. Its history is embedded in the story of a southern community struggling to rebuild following the Civil War. At this historic site, experience From Dreams to Visions and Hopes to Purposes: Woodrow Wilson and Columbia, which addresses the Reconstruction era environment; the development of Thomas “Tommy” Woodrow Wilson from boy to man; and the historic preservation movement as experienced in South Carolina’s capital city.

Built by President Wilson’s father in 1870. Wilson came to Columbia with his family when he was 14 years old. His father accepted a teaching position at Columbia’s Presbyterian Theological Seminary. Young Woodrow Wilson only spent a few years at the house in Columbia and I can’t say that it is really any type of national treasure. It is pretty much an ordinary house that once housed a U.S. President for a few years. Nothing more, nothing less. But a beautiful house it is.

Love reading your Friday's in The Carolinas posts. Love the architecture on this house, always have dreamed of living in a house like that and love how architecture can tell a story about a time, a place and in this case a family that was such an important part of US history. Thanks for sharing!

What an awesome house! I think it's neat just because of it's age, but having a president live in it is just a bonus!

Thanks for sharing this Kelly. I love visiting historical homes. Thankfully, TN. has it share of them and plantations so I can get in touch with my inner Scarlett O'Hara. ;)

I could live there! It is a very pretty house with an interesting history. My son just got done studying WWI in history, so he had to learn about Woodrow Wilson.

That is a beautiful building!