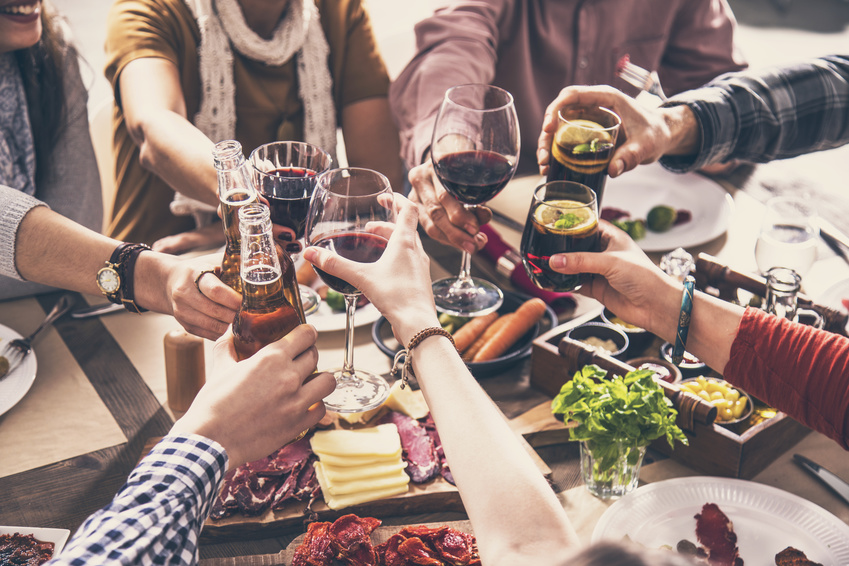 Your whole life, your parents, teachers, and even your friends have been telling you that certain things are not good for you. Don't sit too close to the TV, don't run with scissors, etc., are all things you've been told for a long time. And while certain style tips are certain to never change, what if you found out that some of those other things actually aren't that bad for you?

That's right, beer is actually pretty good for your body. You've been so busy worrying about beer bellies that you haven't been reaping the benefits of many delicious brews. According to a 2001 study published by the National Institutes of Health, people who consumed one drink per day were twice as likely to exercise compared to people who don't drink at all. Plus, beer helps your digestive system, aids with stronger bones, and lets you de-stress.

It's true. Chocolate has many benefits for your health. A study of more than 55,000 people in Denmark found that those who favored chocolate tended to have a lower risk of atrial fibrillation, which is an irregular heartbeat that raises your risk of stroke. Plus, cacao, the main ingredient in chocolate, is a powerful anti-inflammatory agent.

Most people think that sweating is gross. While sweating isn't always the most pleasant thing, it's actually really good for your body. The average person has two to four million sweat glands working as the body's way of cooling down to protect it from overheating. Sweating also helps get rid of toxins in the body and reduces your risk of kidney stones. According to a 2013 study at the American Urological Association conference in San Diego, even walking for a couple hours a week can cut your risk of kidney stones significantly. This is because you sweat even during moderate activity, which flushes the system and causes you to drink more water.

Now there's no way that procrastinating is good for you, right? It actually is. More than 20% of people are chronic procrastinators. According to Joseph Ferrari, Ph.D., it's okay to put off doing something. As long as you're taking actions to prepare for the task, you're good to go. Procrastinating can help reduce your stress, according to the study he conducted.

Watching tv with your partner

Finally, relaxing and watching tv with your partner is beneficial for you, too. Your parents have warned you about becoming a couch potato, but it's actually not that bad. Research suggests that sharing media (like TV, books, shows, and movies) with your partner can make you feel closer to them. This is especially true if you're not in the same social group.

There you have it, some things you thought were bad for you actually have some benefits. It kind of makes you wonder what else out there is actually good for you, right?