Growing up, I remember my father, who was a very avid reader, talking about Jack London in admiration. As a teen, I read “White Fang” and “Call of the Wild” and I can still remember them to this day. Jack London was, and is, a wonderful author that will be around for a long, long time, even though he is deceased.  But, what about his other half?  Do you ever wonder what it would be like to be the wife of a famous author, such as Jack London? “The Secret Life of Mrs. London,” a historical fiction novel written by Rebecca Rosenberg, is an engrossing story about Charmian, Jack London’s wife. In this new novel, the author brings the reader into the realm of what it might be like to be married to the famous author.  It’s glamorous at times, and, surprisingly, far from glamorous at other times. 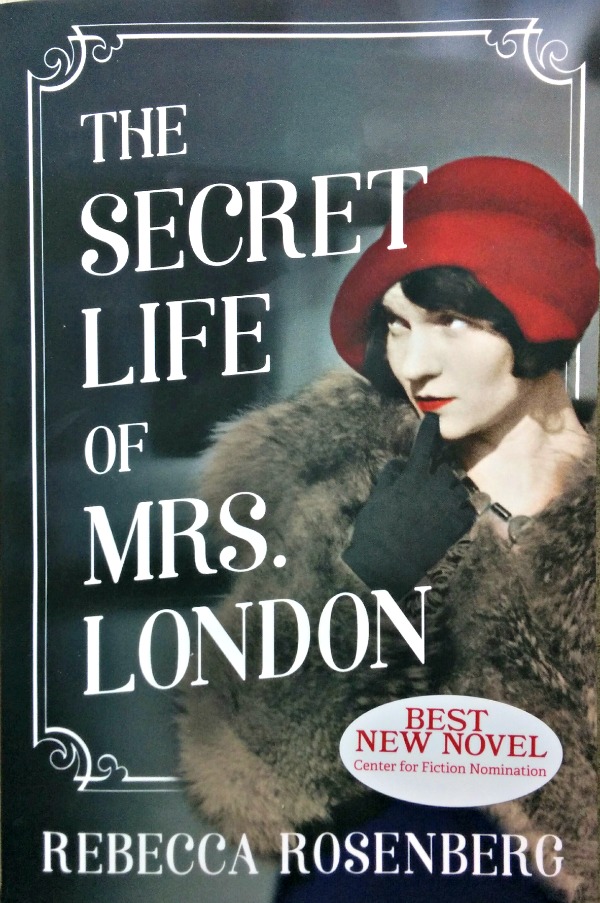 Rebecca Rosenberg, herself, has studied Jack London extensively and she is a fan of his wife, Charmian London. This fact does make the book, “The Secret Life of Mrs. London,” more intriguing.  The way Ms. Rosenberg develops her characters and the plot is intense and draws the reader in, making the story one that you won’t want to put down.

The story lets the reader into the lives of Mr. and Mrs. London, as well as those of their family and close friends.  And, the relationships, although so complicated, are relatable because the author helps you to understand their world in such a way that you feel like you live among them.

Charmian London’s Life Is Anything But Simple

The story starts in 1915, with a looming world war threatening to change everyone’s lives. Mr London writes and is famous already, yet, despite his success, him and his wife struggle financially at times. Mrs. London, or Charmian, is also trying to establish herself as a writer (in addition to helping her spouse with his success) and she longs to be on par with her husband.

The husband and wife duo deal with political tension, competitiveness, jealousy, sadness, loss, and temptation, among so many other difficult issues that make life complex. Mr. London has his vices, which take their toll on the marriage, leaving Charmian vulnerable and missing something in her life.  And, to make it more exciting, Harry Houdini, the famed magician, and his wife, Bessie, enter the picture, and things take an interesting turn. Houdini, dealing with his own complicated marriage, begins to pay special attention to Charmian. She, in turn, is charmed by his attention and physique but also becomes close friends with Mrs. Houdini. While this is all going on, “. . . Charmian’s eyes open to a world of possibilities that could be her escape. . . she must find the courage to forge her own path, even as she fears the loss of everything she holds dear” (taken from back cover of the book).

Rosenberg, the author, is a California native and lives in Sonoma, where her and her husband operate the largest lavender-product company in America. Ms. Rosenberg is also a graduate of the Stanford Writing Certificate Program. “The Secret Life of Mrs. London” is her first novel.

I highly recommend this book.  It’s one that I couldn’t wait to read each night.  It’s gripping, intriguing, interesting and will have you running to your computer to read more about these characters—Houdini, Charmian, and Jack.

Thank you Kelly! Great review! I hope you enjoyed the Londons and Houdinis as much as I did! I want to invite all readers to join my email list for my next novel coming out Fall 2018! You'll be entered in the Breathless Champagne and Novel Giveaway Drawing, May 1, 2018!