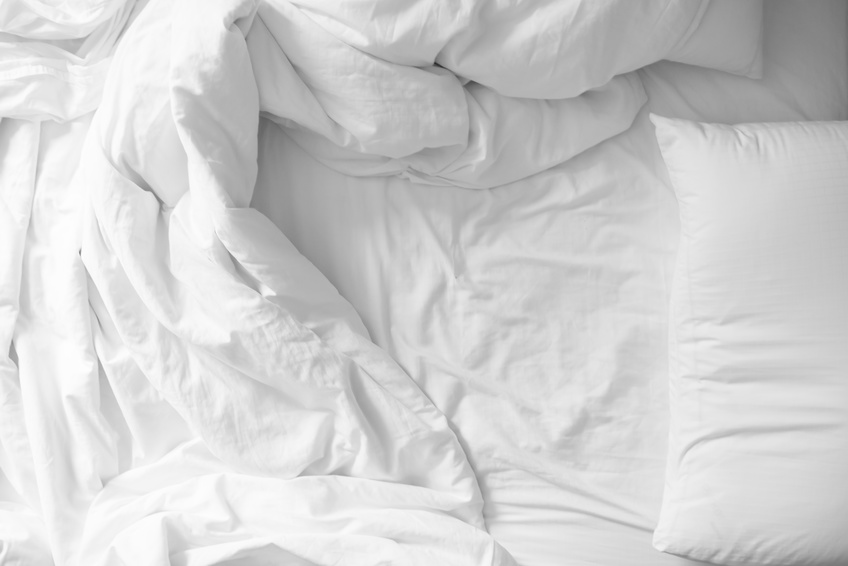 Personal hygiene is incredibly important not just for our own health but for those around us as well. However, according to a recent survey by MattressAdvisor, the average person will wait as long as three weeks before cleaning their bed sheets.

But what’s the big deal? Why is it so important to frequently clean your bed sheets? As it turns out, there’s a reason hygiene experts recommend that bed sheets and pillowcases are changed and cleaned every week.

You’re not the only living thing in your bed

It turns out your parents were telling the truth all along; there really isn’t a monster under your bed. It’s on your bed.

Bed sheets are covered in a number of things and none of them are pleasant. According to a study by the University of Manchester, the average person will actually soak up to 26 gallons of sweat into their bed sheets over the course of an entire year. What’s worse, much of the 10 grams of skin you shed every day also winds up in your bed sheets.

“The environment in [your] mattress becomes akin to a botanical park [when it isn’t washed],” said Dr. Philip Tierno, a professor of Microbiology and Pathology at the NYU School of Medicine. “And what happens is, you kick up that material when you toss and turn in bed, and you breathe in that material for eight hours or so that night, and then you wake up with a stuffy nose and other issues.”

The University of Manchester study reports that as many as 16 species of fungi are living on our pillowcases alone, fed by dust mites and microscopic bacteria we bring to our beds after a long day. Long-term exposure to these fungi as well as allergens and dust mites lease many Americans with breakouts, skin irritation, headaches, watery eyes, sneezing, coughing, asthma attacks, eczema, and bacterial infections.

These infections can cause many people to lose their beautyrest and as 82% of Americans reported finding their sleep extremely valuable even when it was only an extra hour. However, it isn’t only beautyrest Americans are losing because of bed spread illness.

The average American household spends up to $338 every year on over-the-counter medications while the average urgent care visit is approximately $226 for many of these bacterial-related illnesses. Yet many Americans could avoid these expenses altogether simply by changing their sheets every week to avoid long-term exposure to allergens.

So what can you do to improve your health and clean your sheets? Dr. Lisa Ackerley suggests washing your sheets and pillowcases once a week and to change your pillows every two years. Pillows and comforters, she says, should also be cleaned two to three times a year.

“In conclusion,” said Dr. Ackerley, “I can’t give you a definitive answer to how often you should change the bed — once a week, once every two weeks would be reasonable, but crank it up if anyone is ill.”