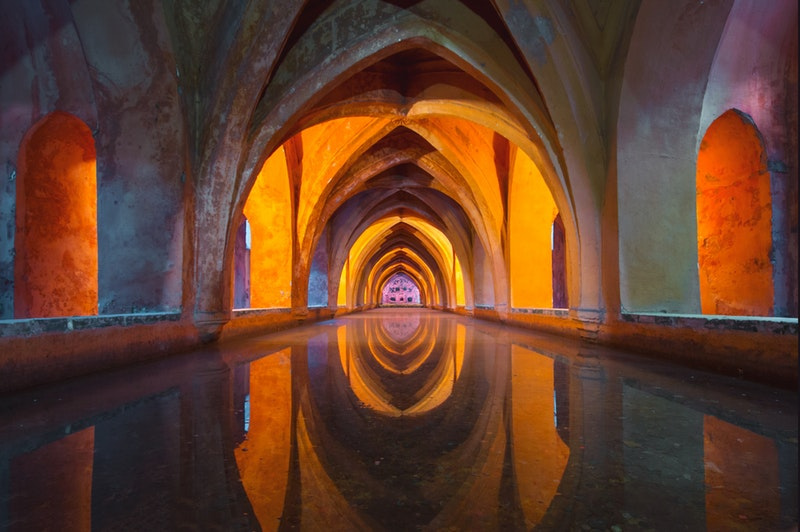 If you are serious about your Christian religion, then going on a popular Christian pilgrimage is one of the most important achievements you can have in life. In fact, even if you profess no particular faith, a pilgrimage is an adventure you should at least try in your lifetime. There are few better ways to experience ancient cultures, explore historical attractions, and have a truly rewarding experience as a tourist than by going on a pilgrimage. Still, certain pilgrimage routes stand out among the rest for the unique and satisfying experiences they offer those who are bold enough to try them; and below are some of the most popular Christian pilgrimage routes in the world today.

This is arguably one of the most popular pilgrimage routes there is for a Christian. Also known as the “Way of St James”, Camino de Santiago is also one of the routes of its kind to make it to UNESCO’s World Heritage sites list. The tour begins from several places throughout Europe and ends in the Cathedral of Santiago de Compostela, which is found in northwestern Spain, where St James is believed to have been buried.

The pilgrimage takes 10 nights, and it involves passing through Basque Pyrenees, Castilla plains, and Galicia. You can get the best of this pilgrimage experience by choosing to Walk the Camino de Santiago with qualified guides. The price for taking this pilgrimage is £1,936, and it includes accommodation and food, but not flights.

This pilgrimage route goes back to Medieval times, and it started again in 2011. The route is 130 miles long, and it takes 8-days to walk the 64 miles from Basingwerk Abbey to Llanfairfechan. The route starts from Holywell at the “Lourdes of Wales” and goes all the way to Bardsey Island, at the Island of “20,000 Saints,” which is off the Llyn Peninsula. The entire adventure costs £599, and this includes everything but flights, including a tour leader, accommodation, and transportation.

There is a reason the Kumano Kodo Trail has made it to UNESCO’s World Heritage list as one of the two pilgrimage routes on this special list. The route takes nine days to complete. During the pilgrimage, you will get to enjoy breathtaking views of the picturesque landscape along the way, in addition to seeing the Shinto and Buddhist shrines that are more than 1,500 years old. The pilgrimage starts in Osaka, and it ends at the Japanese Imperial shrine at Ise. Without counting flights, the pilgrimage goes for £2,245.

The legendary Easter Orthodox Monastery of St Ivan is found in the Rila in Bulgaria. The monastery is set among the scenic natural beauty consisting of oak woodlands, beautiful mountain peaks, meadows, and other natural attractions at the Rila Monastery Nature Park. This pilgrimage takes 7 nights, and you can do it as a group of between 4 and 10 people. The entire undertaking costs £525, and this includes meals, accommodation, and a tour guide, but not the flights.

Thousands of people take this pilgrimage with the hope of enjoying the miraculous healing powers that come from the main attraction’s two water sources. The pilgrimage takes about 6 hours on September 14, which is the most important day of this pilgrimage. However, a more elaborate 14-day pilgrimage is also available, and it costs £2,980, including meals, accommodation, and flights.

This pilgrim route is connected by several ancient stone paths, and it includes an icon of the Virgin Mary, which is believed to have potent healing powers. Tinos is a Greek island found in the Cyclades. The place has many elaborate features including windmills and tiny villages. The route leads up to Poseidon, a ruined temple, and it takes 8 days to complete. All in all, the route goes for £895, and this includes accommodation, meals, and transfers; but not flights.

The great pilgrimage starts from Spoleto, which is found in the south of Assisi and goes all the way to Abbe of Farfa, at which point you can see the dome of Saint Peter’s in Rome. Along the route, you will often see several churches and shrines, including the place where the first Christmas crib is believed to have been invented. The entire trip goes for £735, including meals, accommodation and luggage transfers. The cost does not include flights.

This pilgrimage leads to Adam’s Peak, where there is a rock believed to have the “Sacred Footprint”, which Christians believe to be Adam’s footprint. The tour involves climbing up 5,500 steps, and you can reach the top at sunrise after starting the trip at 2 am. But this is just a section of an 11-day journey in a pilgrimage that passes through the Sri Lanka’s Tea Hills. It goes for £1,278, and this includes meals and accommodation but not flights.

This is an island rock found on the Irish west coast. On the sixth to the twelfth century, it was home to Christina monks. Despite its many years of existence, the place has managed to retain its initial form, thanks to careful preservation effort. The pilgrimage consists of 670 steps to the monastery at the top. It costs £45 to take a boat ride to the island.

Thousands of pilgrims to Mt Kailash take place every year. Four religions find meaning in this great pilgrimage, including Buddhists who think that a single pilgrimage can wash away all the sins committed in a lifetime, while 108 such circuits guarantee the ultimate spiritual reward in this life. The pilgrimage is a 16-day journey that includes a stopover at Dolma La Pass, where pilgrims make an offering and take an item in exchange. The entire pilgrimage goes for £2060, and this includes transportation, accommodation (tents), and meals. Flights are not part of the deal.

Going on a pilgrimage can be both an exciting adventure and a satisfying spiritual accomplishment. Fortunately, there are plenty of opportunities to enjoy such adventures around the world. Above are the most popular of these pilgrimages. So, if you want to enrich your faith, and also enjoy some of the most spectacular wonders the world has yet to see, then you should give these pilgrimages a try. The days it takes to complete these experiences will be nothing like anything you have ever experienced in the past.