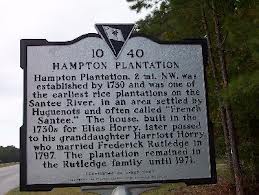 It’s Friday and you all should know what that means by now…  I will show you another wonderful place to visit here in South Carolina, The Hampton Plantation State Historic Site. Hampton Plantation is an absolutely stunning federal plantation house that is among the most easily accessible in South Carolina. Unlike most of the Charleston area plantations, this one is original and per-Revolutionary in its form and appearance. The grounds and gardens of this plantation are beautiful and well kept. The old oak trees covered with Spanish moss are breathtaking. Walking from the Santee River to the house feels as if you have stepped back in time to another century. 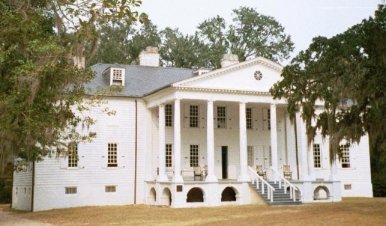 If you’re looking for an off the beaten path into Americana, look no further than the Hampton Plantation. Located on Highway 17 in McClellanville, South Carolina is the 18th century Hampton Plantation. The initial 600 acres of the plantation were purchased by Daniel Horry in the mid 1700s, eventually expanding to thousands where fields stretched as far as the eye can see. It now sits on only 322 acres, which is still a lot of land. This former rice plantation was once the family home to seven generations of Horrys and home to over 300 slaves, when “inventory” of the plantation’s contents were done in 1786. Hampton Plantation gives an insider view of life in an antebellum plantation.

The original part of the house, a fine example of Georgian architecture (including an attic and raised basement), was built in the mid 1740s using Cypress and pine wood for construction. An additional two wings were added twenty years later, even using fake windows for symmetry when the new wings were put on. The portico wasn’t added until the 1790s. When the ballroom was added at the time of the additional two wings, floorboards that are approximately 40 feet long were used from wood from pine trees found on the plantation. Tours of the house show a history of the architecture with its open walls. 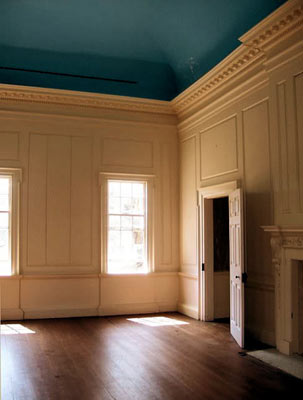 The property also tells the story of the freed people who made their homes in the Santee Delta region for generations after emancipation. Visitors can explore the mansion, wander the plantation grounds or look out upon Wambaw Creek at the remains of rice fields that once stretched as far as the eye could see.

Hampton inspired the works of a South Carolina poet laureate, Archibald Rutledge, who lived here and gave it to the people of South Carolina as a legacy.  The site is a National Historic Landmark. 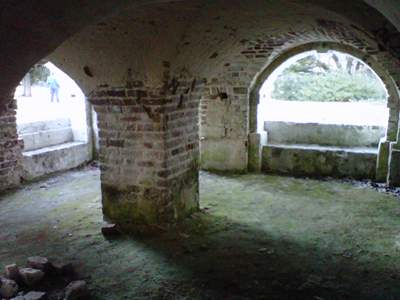