Get Draft Ready With The 2018 Fantasy Football Board

Every year my husband and his friends get together at the beginning of football season and have a draft party. Usually, my husband is involved in more than one draft party. This year is three to be exact. While they usually sit around and stare at their computer screens, the Matthew Berry 2018 Fantasy Football Draft Board allowed them to interact more and to better visualize who drafted whom on each team. Get draft ready with the 2018 fantasy football board. 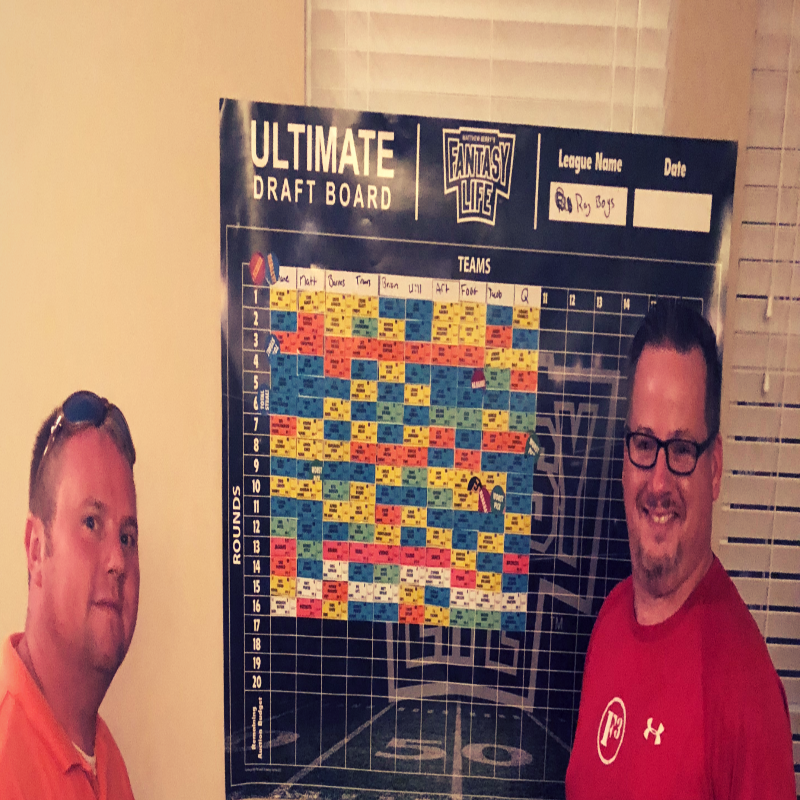 Who is Matthew Berry

Matthew Berry is the Senior Fantasy Sports Analyst for ESPN. He started his fantasy sports playing at the young age of 14 and began to write about fantasy sports in 1999. He has worked with MLB.com and NBA.com as well as Rotoworld, before joining ESPN. In 2005, he started working with ESPN radio part time out of Los Angeles, CA. He joined ESPN full time in 2007 when his website, talentedMr.Roto.com was purchased by ESPN. He founded the Fantasy Movie League and the app called Fantasy Life as well as his website rotopass.com. He also hosts Fantasy Football Studio which is a high ranked podcast which has won several awards. Matthew Berry won an Emmy for ESPN2’s show Fantasy Football Now and has starred in countless other show as well.

The Matthew Berry 2018 Fantasy Football draft board has everything you would want and more for your annual draft party. The draft board stands at over three feet and is made of sturdy material (paperboard) so you don’t have to worry about it tearing or ripping. Each draft board set comes with a complete draft player list, player labels, stickers and of course the board. This board can be used for both “snake” and “auction” draft formats. 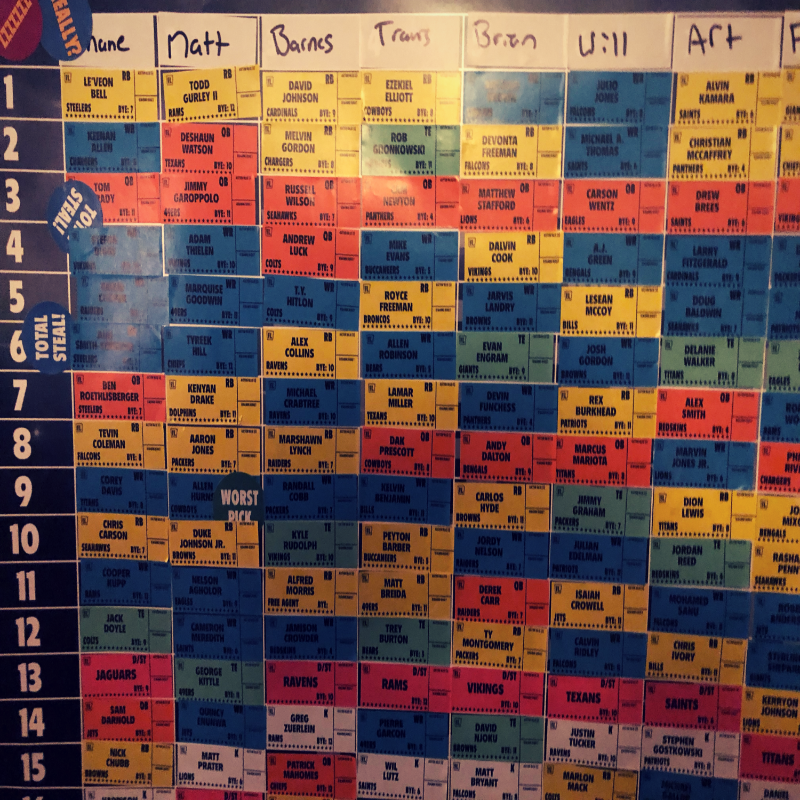 Using This Board Made Easy

This board was easy to use and was enjoyed by the annual draft group that my husband is involved in. All the materials came with it and all they had to do was roll it out and hang it up. They each stated that they enjoyed looking at this product hanging up on the wall opposed to all of them being around a computer, which they did still have out, but with this on the wall, they were able to interact with each other more than they usually do. What makes it even better is that this board in available one click away at Bed Bath & Beyond.

This product may be found at the link provided throughout this post.