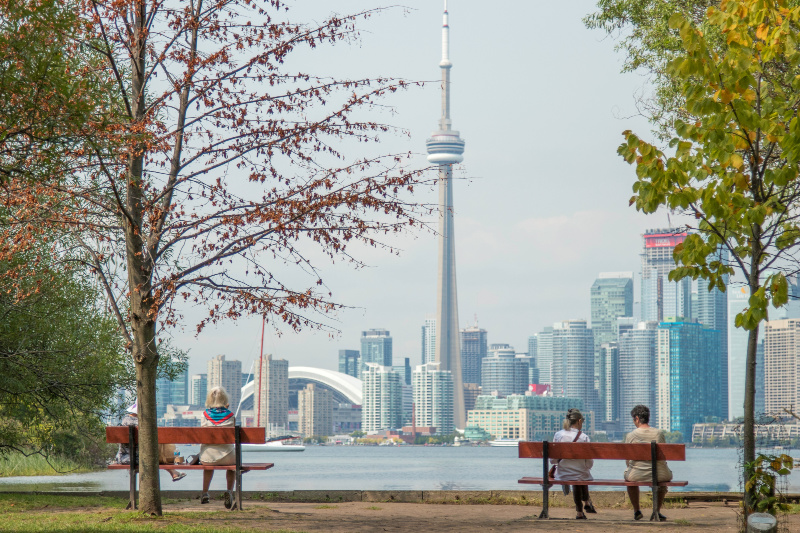 Toronto is well-known for being one of the most multicultural cities in the world, with its unique arts scenes and diverse communities. While it is a popular vacation destination, many people are also packing up their homes across the world and moving to live in Toronto full-time, as it is sure to have something for everyone in the family.

Whether you are a family looking for a fresh start or a young professional that wants to benefit from Toronto’s international metropolis, there are many things you should think about before uprooting your life and moving to the number one most livable city in the world (as named by Metropolis Magazine).

If you are considering making this big move, then here are eight things you should think about before moving to Toronto.

Toronto is Canada’s biggest city and also the country’s economic capital, as it is home to much commerce and industry. This makes it a very appealing place for hopeful entrepreneurs. If you are considering moving from a more rural or quiet area, then you should expect a lot more going on in Toronto and be prepared for the city’s hustle and bustle. The population is currently around three million people and it is the fourth largest city in North America.

Toronto is known for being a fast-paced city, and those Torontonians are known for living at a much quicker speed than the rest of Canada.

There is More Than One Official Language

This may come as somewhat of a surprise to you, but there is not just one official language in Canada, and people either speak English or French. You will find that most people speak English in Toronto, but if go to the eastern province of Quebec then you are more likely to notice more people speaking French.

While Canadians teach the French language at school, not everyone speaks French in Toronto, so you won’t need to know the language in order to move there. Although learning a few phrases may be advantageous!

Toronto is a very popular city for people from different backgrounds and beliefs from all over the world, so it is no surprise that it has become a melting pot of different cultures. This makes it a great place to meet people you wouldn’t usually get the chance to meet, and the food you will find in Toronto is amazing.

In Toronto’s restaurants, you can find delicious cuisine cooked by foreign nationals in food trucks and sophisticated bars. No matter what type of food you are craving, you will have no trouble being able to find something delicious, from Greek food to Indian food to Canadian classics.

It Can Be Pretty Chilly

Canada is well-known for its chilly temperatures and harsh winters, and Toronto is no exception. While they can seem to go on forever, you will soon become accustomed to the cold weather and learn to make use of the extra warm clothing you will find available to buy. Though don’t forget that a cold winter also allows you the opportunity to experience some of the extreme sports activities that are popular amongst Canadians.

Moving Doesn’t Have to be Stressful

Moving to a new house can be stressful enough, never mind if you are moving further afield. Whether you are already living in Canada and want to move to Toronto, or you are moving to Canada for a fresh start, there are many ways for you make the whole experience run a lot smoother.

You should be sure to hire a reliable moving company that will help you during the big move! If you’re after experienced Toronto movers, then look no further than phillipsmoving.com where you can find one of the longest running service movers in Canada that can assist your move no matter how far away you are going. The friendly team at Philips Moving & Storage are well-known in Toronto and have helped thousands of families and businesses with their move.

Try to Learn the Slang

Canadians have their own form of language that is largely made up of slang terms that you should try and get your head around if you want to fit in well in your new home. Some of the terms can be a bit confusing, especially if you aren’t prepared. For example, if someone states they are off to the ‘biffy’, then it means they are going to the toilet.

There is an excellent healthcare system in Canada, which is envied by their American neighbors. They have a tax-funded medical care system which means that the government covers basic health insurance. It is very similar to the UK’s NHS system, where if you need necessary health care than it is provided for you free of charge at the point of use.

Moving anywhere can be a big decision, but by taking some of these helpful facts on board, you can soon be a fully pledged Torontonian and enjoy everything that the city has to offer.