Have you ever tried origami? It's quite meditative in its own way. I know some kids that are really into it! There are even origami clubs for those who make it a hobby! Because it keeps kids busy, it's a great activity to get the kids off the television or computers. If you know someone who loves doing or who may love doing origami, you should check out a new book called Extraordinary Origami: 20 Projects from Contemporary North American Masters, edited by Marc Kirschenbaum. 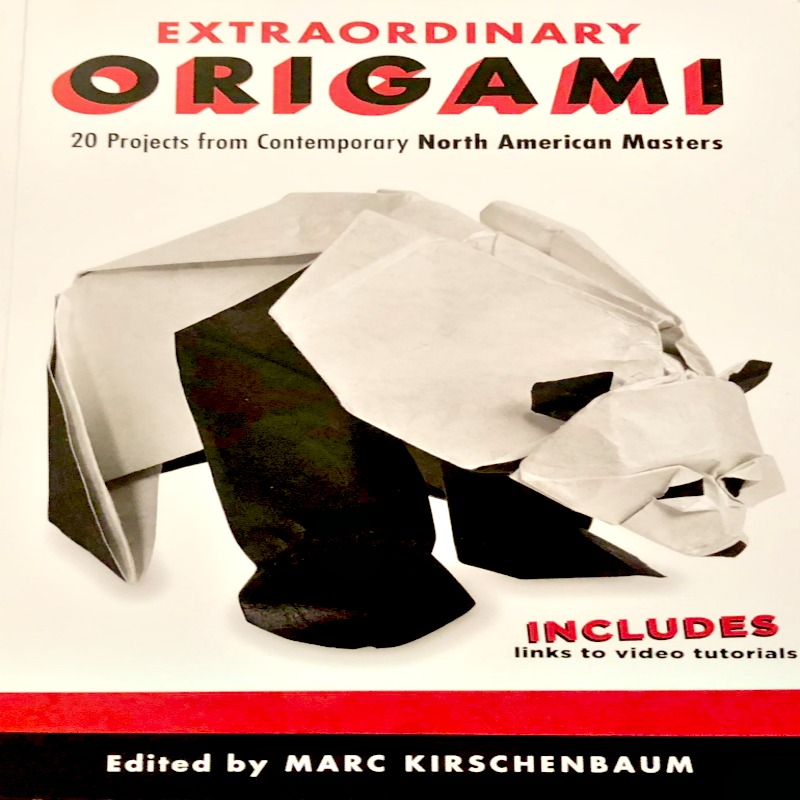 I've tried origami in the past. And, to be honest, I often find it difficult to decipher the directions. Well, this new book makes such deciphering a lot easier. For starters, the beginning of the book has a section, “Symbols and Terminology,” that helps make sense of the folds and such. Furthermore, the book includes plenty of links to various video tutorials to make instructions even more clear and helpful. I watched the video for the convertible bag, and it truly made it really easy to follow along and the demonstrator worked at a wonderful pace for a novice such as myself. And, to makes things even easier, the projects come with step-by-step written directions and accompanying colorful pictures and diagrams.

Fun Projects From The Masters

Now, onto the projects. The book, as the title states, has 20 origami projects “from contemporary American Grand Masters, including Neal Elias, Peter Engel, Michael LaFosse, Robert J. Lang, Jeremy Shafer, and others” (from back cover). And, some of the projects include the following: a Christmas tree, dragon slayer, a convertible bag, a tiger, a mother and child, and more!  There is one even titled “A Butterfly for Reiko Tuttle,” which is really pretty.

The end of the book includes bios on the contributors, which was quite interesting. It's fascinating to read the history of the book's masters. The reader can see how each of them has contributed to the world and art of origami.

Extraordinary Origami: 20 Projects from Contemporary North American Masters is in paperback and is available for pre-order on Amazon for $13.38 (price subject to change). It will be released on October 8, 2018.

The book is actually being released just in time for World Origami Days, which occurs from October 24—November 11. Try it out and help celebrate the art of origami. You never know, you may then soon be on your way to becoming a master!