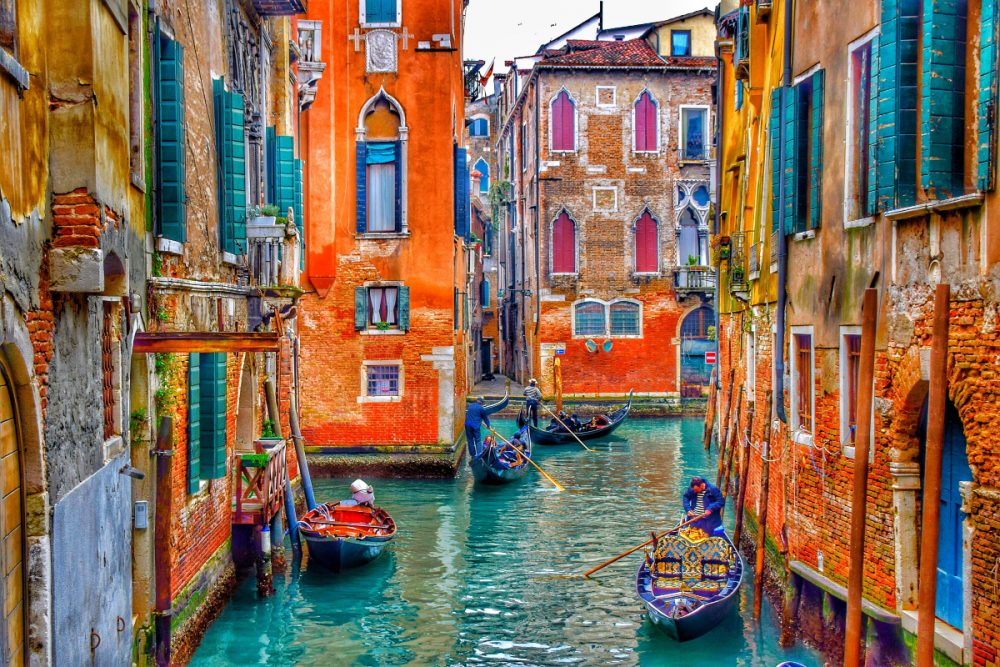 The floating city of Venice lies in northeastern Italy.  The city was built on 118 islands in the middle of the Venetian lagoon. Venice is without a doubt a favorite of many tourists as the city captures their imagination in a way few other cities are capable of. A one day trip is perfect for those traveling in Istria as it’s possible to use the Venice Day Trip offers by VeneziaLines.

Venice offers tourists a lot of exquisite options when it comes to getting around even if it’s just for a few hours. From the amazing historic architectural buildings to the pristine collection of islands not forgetting the art, music, and people, Venice doesn’t cease to amaze. There are a few out of the ordinary touristic sites that are a must-see for any tourist visiting Venice;

Scala Contarinidel Bovolo is a palatial staircase located in the heart of Venice running 90 feet high. This spiraling staircase winds up a tower making it look like a palazzo.  The building was given the name “Del Bovolo” which is Venetian for “of the snail.” This is due to the spiral nature of this historic architecture while “scala” simply translates to a staircase. These stairs have elements of Gothic, Renaissance, and Byzantine styles. The name Contarini was given to this building emanating from one of the founding families of Venice who inspired it and built it as a sign of family wealth. Tourists climb the 80 steps to the top and have a view of the magnificent city.

THE GREAT SCHOOL OF SAN ROCCO

It’s quite uncommon for a school to be a touristic attraction but not for the Great school of san Rocco. This school is a unique attraction that came into existence in 1478 and it was known to admit people who only had similar interests. These people were mostly middle-class individuals and those devoted to charity. Wealthy individuals and those holding political positions were not allowed in unless they denounced their position in the government. These schools formed a brotherhood that played a crucial role in the religious life and organization of numerous charities.

The Arsenale is one of the major landmarks of Venice owned by the state. It was the center of the naval industry in the 13th century. It can briefly be described as a complex of shipyards and armories clustered together. The complex is surrounded by a wall and a huge beautiful gate that might bar a passerby from peeping through. The fortunate this is that a tourist can get access to the Arsenale in a number of ways such as a day visit to the Biennale exhibition.

Santa Croce is one of the prominent and recognizable churches in the city of Florence. The great and good in Florence are buried here. The church was built and designed in 1294 in an ancient Gothic style by the famous Arnolfo di Cambio. There is an immense artistic wealth in Santa Croce church starting with the interior walls of the building. The walls are decorated with masterpieces from the Tuscan gothic. If you could only visit one church in Venice, make it be the Santa Croce church. is the burial place for the great and good in Florence.

The Giudecca Island is often an overlooked touristic spot yet it’s only a 3-minute drive to the island. Originally, the area was full of big palatial buildings with gardens. However, the 20th century saw the areas revolutionize to an industrial center full of industries and factories. Unfortunately, World War II caused a decline in the industrial sector. Nowadays, the area is a quiet residential area with a variety of Venetian architectural buildings from monumental churches, museums, warehouses, and palazzos.