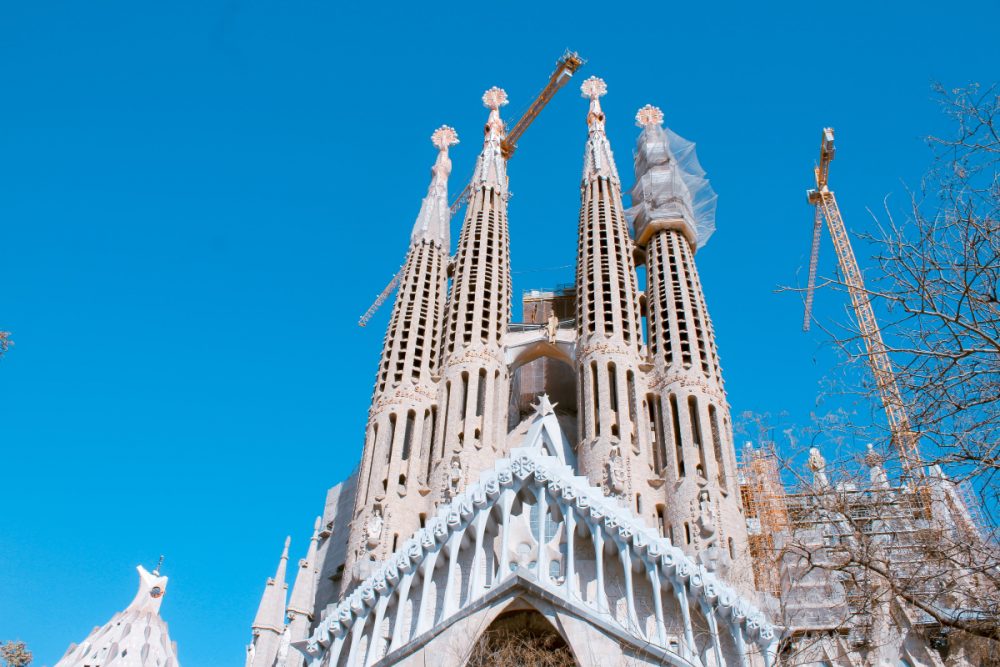 Europe is a vast and eclectic continent that everyone should experience at least once before they shuffle off this mortal coil. But with so much to see and too, the very concept of a European vacation can be overwhelming. That’s why we’ve decided to focus on just 5 of the continent’s most iconic attractions in the hopes of inspiring you to plan your holiday of a lifetime around them.

Officially titled the “Basicila i Temple Expiatori de la Sagrada Familia,” this incredible Catholic Church is one of the most famous in the world for a reason. For one thing, it’s still in the process of being built. Indeed, even though it’s already one of the world’s largest religious buildings, there is still work to be done. Construction on the building, which was designed by the one and only Antoni Gaudi, began in 1882 and is expected to be completed in 2026, 100 years after Gaudi’s death. A true testament to design and religious passion and easily accessible from the airport via Barcelona airport transfers.

First opened in 1699 as a summer home for the Habsburg emperors, the gigantic UNESCO World Heritage Site is one of the most spectacular buildings in the world. Also containing its very own zoo in the extensive gardens, the Baroque palace contains a staggering 1441 rooms and contains grounds so vast you could comfortably spend an entire day exploring its various nooks and crannies.

Once a symbol of division, what remains of the Berlin Wall after its fall in 1989 is now seen as the very opposite – a symbol of unity and overcoming the evils of the Cold War. The East Side Gallery remains the focal European tourist attraction, as it stands as a memorial to the very concept of freedom. The entire wall, however, is an attraction in its own right and has been decorated over the last few decades with hundreds of incredible murals.

There are a hundred reasons to go to Rome, most of them historical. However, whilst the Coliseum might have the advantage when it comes to sheer spectacle, there are few sights as romantic and awe-inspiring in Europe as the Trevi Fountain. Also, toss a coin in and you’re guaranteed to return to Rome one day (so says the legend).

Theme parks are a common sight in many European tourist cities, but whilst Paris might have Disneyland, Copenhagen has something arguably a little more special. Tivoli Gardens is one of the oldest amusement parks in the world, having opened in 1843, decades before Walt Disney was even a twinkle in his father’s eye. As well as some classic and more modern attractions, the gardens also regularly play host to open-air concerts and the architecture and atmosphere mean that even those who hate theme parks will enjoy the view.