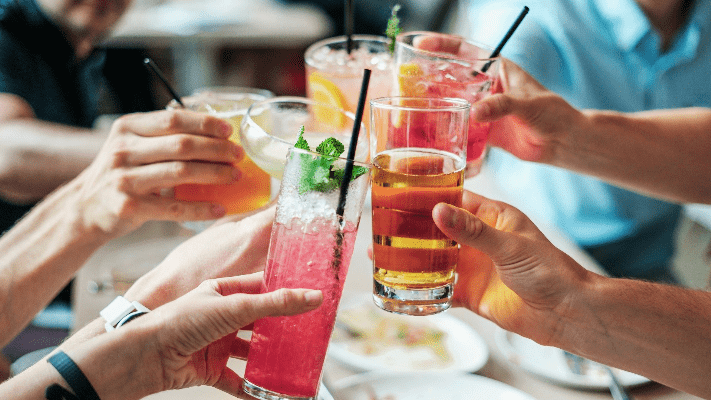 The sober-curious movement is growing in popularity. According to a recent story on National Public Radio (NPR), it began as a challenge for people who felt they’d had too much to drink at New Year’s celebrations. During “Dry January,” they could post on social media about abstaining from alcohol for the month. Now, the movement is going strong throughout the U.S. and the U.K., with other months of the year being devoted to sharing in the benefits and pleasures of reducing or eliminating alcohol consumption. With alcohol at the center of so many social events, people who are sober-curious want to see what a culture that doesn’t revolve around drinking might look like.

What Is Sober Curiosity?

People can be sober-curious in different ways. For some, it means abstaining completely from alcohol for short or for extended periods. The idea is to explore the effects their choice has on their social interactions, as well as their physical and emotional well-being. Some use sober curiosity as a way to use alcohol mindfully, examining their reasons for drinking and eliminating negative motivations (like the desire to escape problems or to de-stress). The Centers for Disease Control and Prevention (CDC) reports that of over 26 million licensed drivers in California, 1.8% say they have driven after having too many drinks. For anyone, drinking too much can negatively affect their life, even if they don’t drink and drive.

A sober month might prompt someone to stop drinking altogether, even if they don’t feel they abuse alcohol. Others continue with their previous drinking patterns after a dry month, while still others decide to cut down on their consumption for the foreseeable future. A 2016 study published in Health Psychology reported that British participants in one Dry January event consumed less alcohol over the next six months than those who did not participate, meaning that this experimentation can have long-term impacts.

Is Sober Curiosity for Alcoholics?

When sober curiosity involves some drinking, it is not a viable option for people who suffer from alcohol disorders. For many alcoholics, a commitment to total sobriety is the only way to treat the disease. However, sober curiosity’s emphasis on mindful drinking encourages discussion of what alcohol means in our culture — and in this way, it helps to reduce the stigma of addiction. And in sober bars, which are currently on the rise, people who have cut drinking out of their lives due to substance abuse no longer need to feel self-conscious when they order an alcohol-free beverage.

The Sober-Curious Movement and Millennials

Sober curiosity has perhaps been even more popular in the United Kingdom than in the United States. A recent survey by Total Jobs found that five in 10 U.K. workers are now voluntarily drinking less. It also reports that 56% of mindful drinkers are millennials, while just 37% are baby boomers. For millennials, both in the U.S. and abroad, sober curiosity seems to be connected to a general desire for mindfulness. Young people are questioning previous generations’ ingrained habits and how they impact not only human health but the well-being of the planet. They are now questioning whether drinking is a truly useful part of social life.

Many sober-curious people attribute significant physical and psychological wellness benefits to reducing or cutting out alcohol. The 2016 Health Psychology study found that during Dry January, 82% of those studied reported a feeling of achievement, 62% said they had slept better, and 49% stated that they had lost weight. A 2018 study in BMJ Open also saw weight loss in subjects, as well as improved insulin sensitivity, lower blood pressure, and healthier livers. Anecdotal evidence suggests that cutting out alcohol for a brief period can also improve skin, increase energy, and reduce anxiety and depression. And of course, it eliminates hangovers — a frequently mentioned benefit.

Another great reason for cutting down on drinking is to avoid trouble with the law. If you are charged with a DUI, even if it’s your first time, the consequences can be harsh: suspension of your license, community service, required completion of an alcohol program, a mandatory night in jail, and mandatory use of a locking device on your vehicle’s ignition might be included in your punishment.

Annually in the United States, about 3 million people are hurt in motor vehicle accidents. Reducing or eliminating your alcohol intake can help you stay safe in other situations, too. Alcohol is a contributing factor in many crimes, including domestic violence and sexual assault.

How to Start Being Sober-Curious

If you’re curious about embracing sobriety, you may need to let people know. If you’ve decided not to drink for a month, you might not want the temptation of your coworkers asking you to come with them to the bar or your partner ordering a bottle of wine for you to share on date night. Explain that you’re abstaining in order to see how you think and feel without alcohol. In most cases, people will respect your decision — though you may need to be prepared to answer insensitive questions about whether you have a “problem.”

Those who are worried that this choice might cause them to say goodbye to their social life can be comforted by the fact that sober curiosity doesn’t mean having to stay in. Find friends who support your choice and go out for mocktails. If you don’t think you’ll be tempted, go to a regular bar. If you think you might break your vow not to drink for a month, find a sober bar that doesn’t serve alcohol at all (or a restaurant without a liquor license) Alternatively, you can suggest different hang-out spots — like bowling alleys, movie theaters, art festivals, farmers’ markets, shopping centers, nature trails, and community events that focus on activities other than drinking.

It’s harder for some people to drink less than to stop drinking entirely. If you’ve decided to just cut down, you might find it difficult to explain that you’re drinking less. You might not even feel supported in your choice. People may be more understanding if you say you don’t drink at all. Spend time with friends who get what you’re doing and why you’re doing it. If those friends are also sober-curious, you can support each other through the process.

With alcohol on almost every menu in every restaurant and a bar practically everywhere you turn, cutting down on drinking or cutting it out for a time may seem like a daunting task. But it’s likely that you’ll soon begin to feel better, and you’ll be aware of why you drink more in certain situations. The results are well worth it.