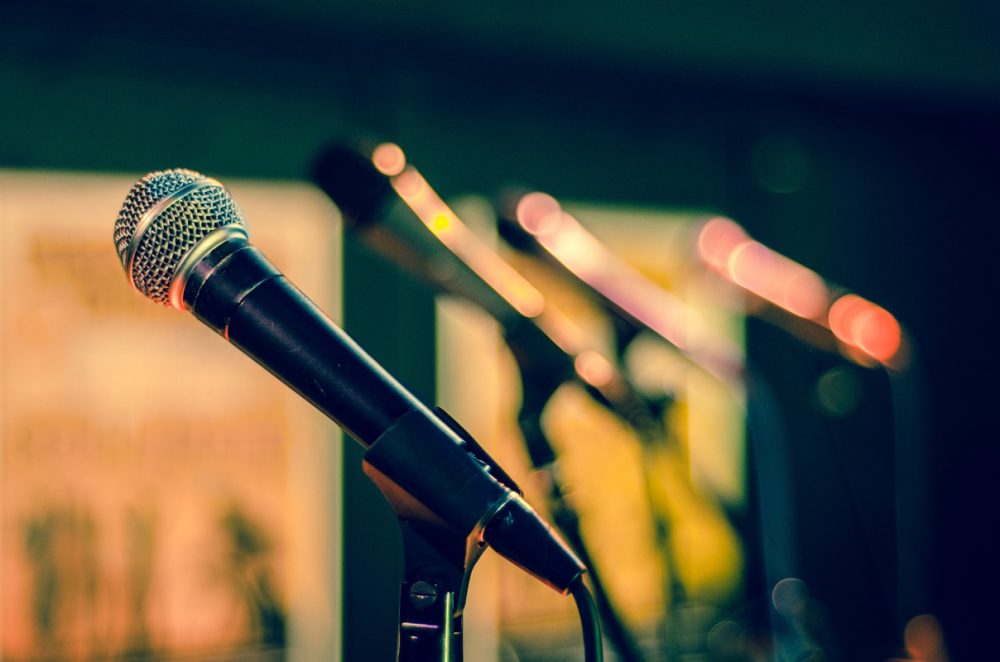 King George VI was known for his aversion to public speaking. The King’s Speech tells the heartwarming and inspirational tale of his recovery from a stammer

The Queen’s father is not the only one to shrink at the thought of a speech – some experts estimate up to 75 per cent of us suffer from fear. About 10 percent of people suffer from extreme symptoms, while one in 20 children experience stammering.

Today, many people with chronic glossophobia or speech impediments prefer to avoid the prospect entirely – professional speaker bureaus such as Speakers Corner make it easy to book a host who revels in the limelight.

That’s not always possible for those in positions of power, though – especially for a reluctant king in a new era of mass communication. Here’s how Lionel Longue cured history’s most famous case:

First, Longue observed his new patient and made careful notes. The Australian son of a publican was an unorthodox choice since he was a self-taught speech therapist who had been rejected by the British medical establishment.

He recorded his findings in spidery writing before deciding on the course of action: “Mental: quite normal, has an acute nervous tension which has been brought on by the defect. Physical: well built, with good shoulders but waistline very flabby.”

Diagnostic observation may have changed dramatically through the decades, but the best speech therapists still tailor their treatment to individuals. Age is an important factor – adults may require more intensive treatment than children.

Longue felt his majesty needed to take breathing classes due to his “flabby” waistline, prescribing a course of diaphragm-strengthening exercises to help the stammering king. Breathing exercises can also help to deal with anxieties surrounding public speeches.

Some of these exercises were taken lying down, while others involved an upright position. Longue would press the royal’s stomach to improve his ability to breathe deeply.

Following an initial consultation, the amateur speech therapist and actor had the newly crowned king saying the most jaw-stretching phrases imaginable to improve the ability of his mouth.

Other jaw-loosening exercises were used, including gargling and warm-up exercises often used by performers before a show. For all he lacked in medical training, Longue knew a great deal about anatomy.

One of the most unexpected ways Longue helped the reserved royal was by encouraging him to use the F word. The harsh phonetics of this word – including the ‘k’ sound King George struggled with – proved a valuable exercise.

This technique is still used today – it is thought that anger causes stammer sufferers to lose their inhibitions and speak more freely. Famously, Samuel L Jackson attributes his recovery to swearing like a sailor.

The king’s speech therapist also played music to help and Beethoven was a particular hit. Getting patients to sing the words they struggle to say is still a relevant method.

Playing music through headphones during a speech is thought to help prevent the patient from becoming conscious of the sound of their voice. This is known as ‘masking’.

Stammering is a physiological illness caused by how the brain’s linguistic centers communicate with facial muscles – but Longue felt the king’s ailment also had psychological roots.

The amateur therapist developed his skills treating shell-shocked soldiers suffering from verbal problems, so he also felt the young Duke’s unusual upbringing – and his relationship with his father – may have played a role.

Freudian-style talking therapy was used, but the therapist recognized that this must be subtle. By convincing the king that he had a ‘mechanical’ problem alone, Longue gave him the confidence to deliver speeches that shone through the darkness of wartime Britain.