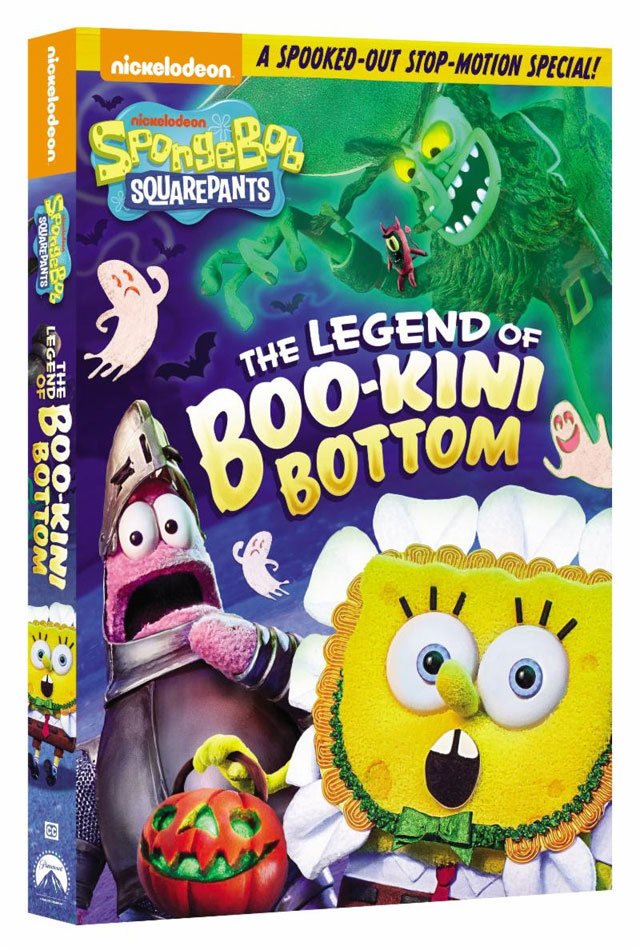 About SpongeBob Squarepants: The Legend of Boo-Kini Bottom

This DVD will be available on September 11, 2018. It will retail for $10.99. SpongeBob Squarepants: The Legend of Boo-Kini Bottom has a running time of 23 minutes.

Tricks and treats strike Bikini Bottom in this haunting stop-motion spooktacular! Nothing gives SpongeBob a fright on Halloween night. Not even when the Flying Dutchman traps all his friends! Plus, you will shake in your square pants with this spooked out stop-motion special.

SpongeBob Squarepants: The Legend of Boo-Kini Bottom is very entertaining. It contains just enough “horror” moments with the “Jar of Horror” and the “Horrors of Krusty Krab”.  Then you get to experience SpongeBob and his friends travel through some unknown galaxy with fun and weird objects.

Nickelodeon is now in its 39th year. It is the number-one entertainment brand for kids. It has built a diverse, global business by putting kids first in everything it does. The company includes TV program and production in the US and around the world, plus consumer products, digital, recreation, books and feature films.