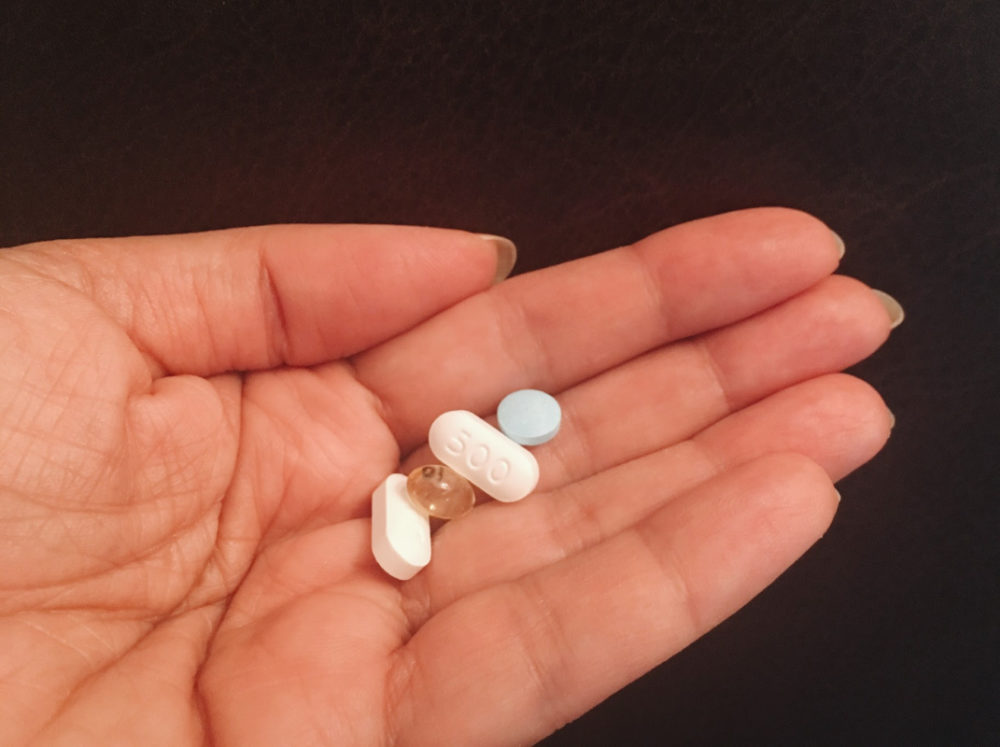 While multivitamins are great supplements to give you the nutrients your body needs, there are some side effects that you should know about.

It’s always best to see a doctor before ever taking a supplement to make sure that you won’t experience any of these side effects.

Most aren’t serious but if you do experience them, be sure to call your physician just in case.

So, with this in mind, here some side effects of multivitamins that you should know about.

Vitamin A is important for vision, reproductivity, and immunity but again, there are a lot of side effects to be aware of. Just a single large dose of vitamin A can cause nausea, vomiting, vertigo, and blurry vision. However, if you are taking more than 10,000 mcg a day, it’s not uncommon to suffer liver damage, headaches, nausea, and diarrhea, bone thinning and skin irritation.

For women that are pregnant or looking to become pregnant, it’s vital to consult a doctor before taking a multivitamin with vitamin A. This is because excessive use of vitamin A during pregnancy can cause a number of birth defects.

While it’s unlikely to cause too much harm, there are a few side effects from the vitamin C content of a multivitamin.

Vitamin C has a laxative effect so people that are having issues with IBS, it can potentially cause diarrhea when it reaches the stomach. If you are already suffering diarrhea, you need to be closely monitoring your intake of vitamin C.

Furthermore, vitamin C can also cause gas and bloating for people with IBS. This is caused because the vitamin’s acid reacts with the intestine’s alkaline levels. For a realistic view of what happens, drop a Mentos in a bottle of Coca Cola.

While calcium is great for building bone strength, according to Healthcare Weekly, too much from a multivitamin can have some serious side effects. The condition is called Hypercalcemia and is caused by having above-average calcium levels in your blood.

Excess calcium in your blood can cause your kidneys to work harder to filter it out, potentially causing excessive thirst and frequent urination, as well as an upset stomach, vomiting, and constipation.

Even though calcium is great for bones, Hypercalcemia can have the reverse effect. Excess calcium in your blood weakens bones, causing bone pain and long-term muscle.

Hypercalcemia can also have a negative impact on brain function. Some of the side effects include confusion, fatigue and even mental health problems like depression.

Finally, in rare instances, severe hypercalcemia can cause problems with your heart. Some of the side effects include heart palpitations, fainting and indicate cardiac arrhythmia among other heart problems.

Magnesium is an important mineral for maintaining healthy bone structure in the body. However, there are possible side effects that include upset stomachs, nausea, vomiting, and diarrhea.

Doses less than 350 mg daily are safe for most adults. When taken in very large amounts, magnesium is possibly unsafe. Large doses might cause too much magnesium to build up in the body, causing serious side effects including an irregular heartbeat, low blood pressure, confusion, slowed breathing, coma, and death.

Iron is another important mineral that you can get from a multivitamin but again, it has its own side effects if taken incorrectly or if you take too much. There have been plenty of studies into the subject and some of the resulting problems are as follows.

Firstly, there is a possibility that women that take high doses of iron can increase the risk of heart disease if they are already suffering from type 2 diabetes. It’s very important to discuss multivitamins that contain iron with your doctor or physician if you have diabetes.

It’s also possible for iron to irritate the stomach or intestinal ulcers and make the conditions worse, as well as causing further irritation and worsening intestinal inflammation, such as Crohn’s disease.

Too much iron can also cause hemoglobin disease. It is highly advised never to take multivitamins with iron if you already have the condition.

Another common ingredient of a multivitamin is zinc, which is a mineral responsible for the growth and DNA synthesis. However, here are some of the side effects.

If your multivitamin means you take more zinc than the established level, you may develop flu-like symptoms, such as fever, chills, coughs, headaches, and fatigues. However, it may be tough to diagnose that cause to be zinc-related since these symptoms can occur in many conditions.

Large doses of zinc can also lower blood sugar in people with diabetes, meaning that anyone suffering from the disease should tread carefully with zinc multivitamins. It’s also been linked to reducing life expectancy in people that are suffering from HIV and AIDs.

Another very important nutrient from multivitamins is vitamin D but although it’s rare, it’s also possible for this vitamin to build up and reach toxic levels in the body.

For starters, there have been studies to suggest that one side effect is raised blood levels. In fact, there was one case where a woman had too much vitamin D and had to be admitted to the hospital. She experienced fatigue, forgetfulness, nausea, vomiting and slurred speech among other symptoms.

There are many side effects to be aware of when taking multivitamins. While they can provide much-needed vitamins and minerals, it’s important to consult a medical professional to be sure they are safe for use.