Over the last decade, we’ve seen a lot of changes in the world that many have taken a liking to. Especially when you think along the lines of the entertainment business. So many incredible movies have been released over the years, and bring them home is even better. You get to see them whenever you want to from the comfort of your own home. If you think about, that’s the beauty of being able to purchase some of your faves on DVD.

Now, with that in mind, people are always looking to add to their movie collection. It just so happens that there is a crazy movie out there that you don’t want to pass up on.

A Masterwork Of Suspense & Fear

There are a lot of great movies out there, and some of the titles stand out amongst them all. Although, there isn’t anything that can compare to a screenplay based of one of the many greats by Stephan King. That’s right, its time you brought home the supernatural thriller “Doctor Sleep” for everyone to enjoy. 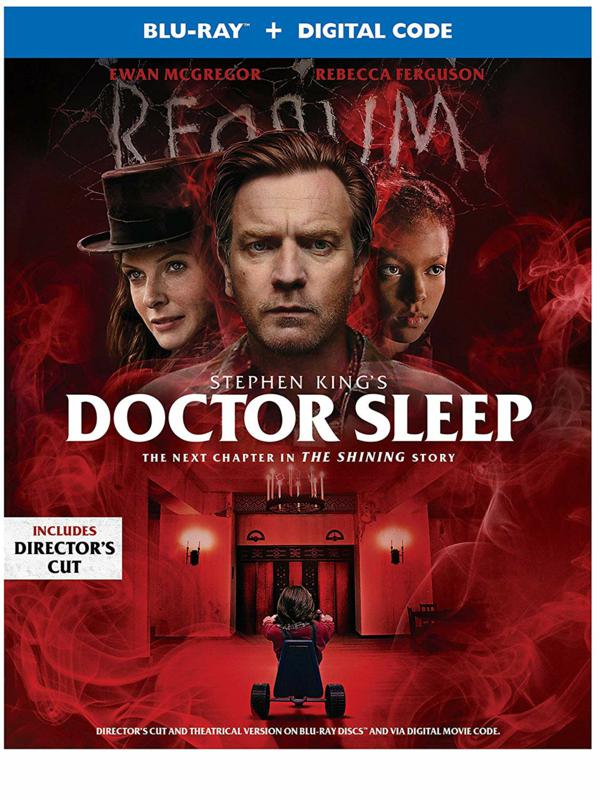 Still irrevocably scarred by the trauma he endured as a child at the Overlook, Dan Torrance (Ewan McGregor) has fought to find some semblance of peace. But that peace is shattered when he encounters Abra (Kyliegh Curran), a courageous teenager with her own powerful extrasensory gift, known as the “shine.” Instinctively recognizing that Dan shares her power, Abra has sought him out, desperate for his help against the merciless Rose the Hat (Rebecca Ferguson) and her followers, The True Knot, who feed off the shine of innocents in their quest for immortality.

Forming an unlikely alliance, Dan and Abra engage in a brutal life-or-death battle with Rose. Abra’s innocence and fearless embrace of her shine compel Dan to call upon his own powers as never before—at once facing his fears and reawakening the ghosts of the past.