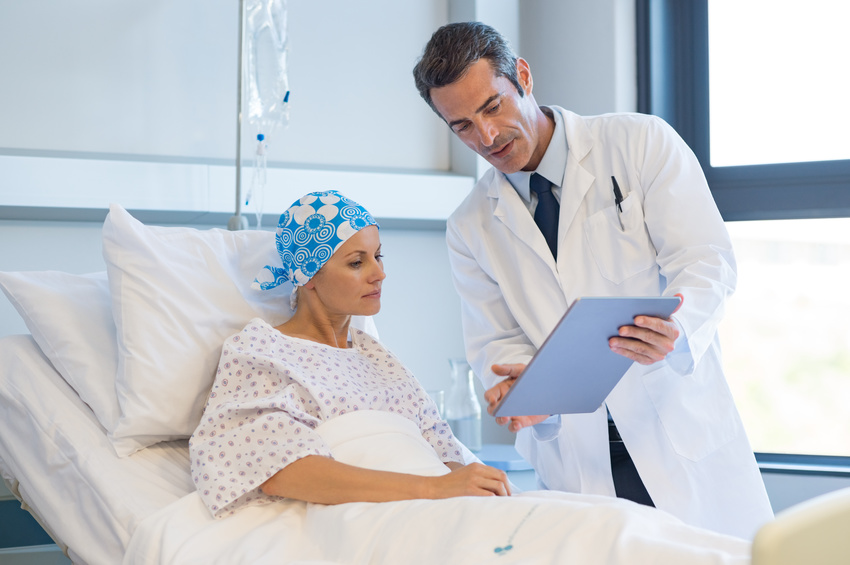 A new scientific breakthrough could be the answer to a prayer for millions of women around the world. According to the Telegraph, scientists have made a major breakthrough after finding over 100 genes linked to breast cancer, which could lead to new treatments and drugs to help prevent this disease. Their findings could also help create a new genetic test that would ultimately help predict the risk of breast cancer and ensure better and more timely treatment.

Scientists from the Institute of Cancer Research in London used a technique called Capture Hi-C to analyze which genes were interacting with 33 DNA regions known for affecting breast cancer. Many of the 110 genes found in this comprehensive study weren’t linked to breast cancer risk in the past, which makes them the perfect testing opportunities.

Baroness Morgan of Drefelin, the chief executive at Breast Cancer Now, spoke about the study.

“More women are now being diagnosed with breast cancer than ever before, and these crucial findings could ultimately help us more accurately predict who is most at risk and develop new targeted treatments,” Baroness Morgan said.

Breast cancer can be extremely aggressive and life-changing. Today, breast cancer is the second leading cause of cancer death in women worldwide, and the National Breast Cancer Foundation reports that 1 in 8 American women will eventually be diagnosed with breast cancer.

As a result, scientists and researchers all over the world are looking for new diagnostic tools, treatments, drugs, and hopefully, one day, a cure. In addition to genetic studies like the one recently released in the United Kingdom, other researchers are looking at ways cancer drugs can better target cancer cells.

For instance, one study found that the IGF receptor is 43-times more abundant on breast cancer cells than on normal breast tissue. This could make it easier for cancer treatments to destroy cancer cells, without damaging healthy tissue.

Along with these findings out of the Institute of Cancer Research in London, a new treatment for aggressive breast cancer has come out of the Lund University in Sweden. According to Medical Xpress, the treatment tackles aggressive tumors using manipulation of the connective tissue cells of those tumors.

Cancer is caused by mutations and other changes that disable the growth control system which is typically present in our body’s cells. This is why the new studies and treatments are focusing on the importance of communication between cancer cells and the surrounding tissue, as well as identifying receptors on cancer cells in particular.

While the results of the study from the Institute of Cancer Research in London are encouraging, they are just the latest example of important breakthroughs being made in the study of this terrible disease.