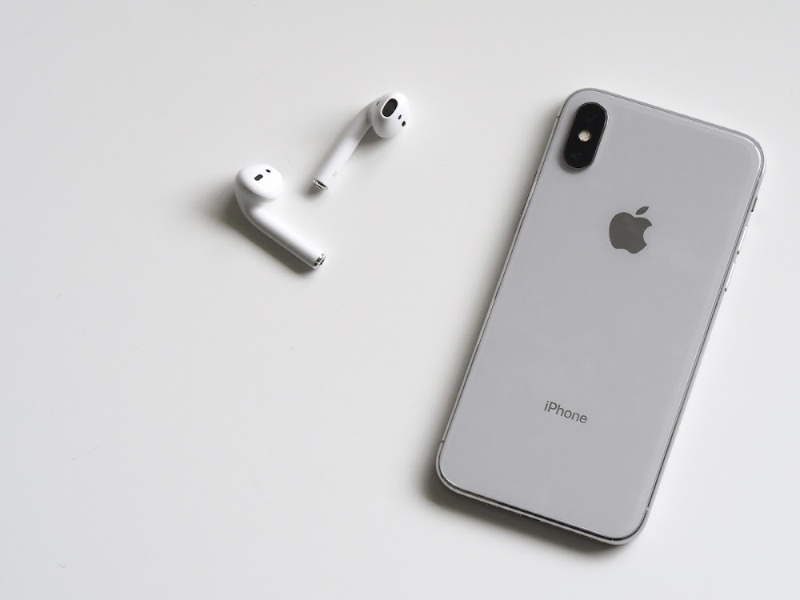 Are you getting yourself a pair of AirPods soon?

The Apple AirPods was a huge success when it came out. People started to provide free marketing for the product because of how trendy it was. Apple piggybacked on this success by using them to promote the iPhone 12.

This is a risky decision that Apple hopes to pay off when in time. It may succeed because of the popularity of AirPods alone. Since its release in 2016, nothing stopped the AirPods from becoming even more popular.

Have you ever wondered how we went from the original Apple earphones to the ground-breaking Apple AirPods, though? If you did, then read what we’ve prepared below. We’ll show you a brief history of the original earphones and how Apple turned it into a viral trend.

The first popular earpieces that people remember today dates back to 2001. This is when Apple introduced one of its first mobile devices in the decade. The iPod became a hit with people for being a better version of the Walkman, another mobile device dedicated to playing music like the iPod.

What made it even better was the earpieces that Apple included with the iPod. They were smaller than the ones the competition offer. This was a big deal back then, as it meant you didn’t need to wear clunky headsets to listen to music on the go.

Apple didn’t know they set a trend when they released the iPod. The trend was smaller devices and accessories to provide both functionality and style for the wearer. Other companies followed this, and we can see the impact of the trend to this day.

The original Apple earphones had a flaw, though. Their design made it easy for electricity to travel from the device to the wearer’s ear. It was a small shock, but it would startle users on the regular.

Apple noticed how many people loved their earphones when they released it along with the new iPod. This prompted them to upgrade the hardware and improve upon it. This time, they aimed to release a new pair of headphones that made it convenient for users to use them.

Apple added a volume control to the new pair of earphones. This allowed users to control how loud their music was without having to take out their devices. This was a revolutionary feature back in the day and people loved it.

Apple didn’t do much besides that, though. This meant that the electric shock people felt from the metal plate of the earphone was still there. Apple only fixed it in 2007 when they updated the design of their earphones.

Apple added an extra layer of mesh on their earphones. This meant that the metal plating didn’t have contact with the wearer’s flesh when they wore it. It also gave the earphones a clearer sound quality since it acted as a condenser.

New features followed the design update that Apple released. This included a microphone installed along the cord of the earphone. They often combined this with the volume control of the earphones.

This made it easier for people to use it since both controls were on one side of the earphones. Users could also use the volume controls to adjust the volume of their calls later on. There was also a remote control included in later iterations of the earbud.

Its remote control was an important part of the customer’s convenience. This allowed them to have more control over their devices even when they’re out of reach.

There was also a new version of the earbuds in 2008. This had rubber plugs that went into your ear canal when you put them on. These plugs were to help you have an improved sound quality and to reduce the ambient noise around you.

People laughed them off as a joke, but they provided what they promised. These were a great and underrated product that was worth the investment.

It wasn’t long before Apple included earphone jacks to their smartphones. It only made sense since they were becoming more popular with the people. This gave users an incentive to buy more of their products.

This was because the earbuds weren’t compatible with other brands. They still allowed you to hear music and other sounds coming from the device, but the other functions of the earphones were inaccessible.

Apple had to do more to make their products more enticing for consumers, though. They were successful in one campaign when they integrated Siri into their products. This included integrating Siri to become compatible with earphones.

The decision made Apple a more viable choice for consumers. This added convenience was what some people were looking for when they were using their devices.

It was also around this time when Apple announced the EarPods. This was a marketing move to make its brand of earphones more distinctive in the market. Earphone designs were like each other until Apple released this.

The EarPods came in a new shape and hardware. This made it fit the human ear better and deliver sound straight to the inner ear. These gave a superior sound quality than any other earpiece in the market.

For the next 4 years, Apple did nothing to improve its brand of earbuds. They considered the EarPods to be the optimal form of the earphones. The only way it could improve is to make them less of a hassle to manage.

Throughout their development, earphones always had one problem. Their cords always got tangled when users tried to store them.

Getting tangled often meant one wire would snap. This made the earphones dead in one ear if you were lucky. Most people ended up with unusable earphones.

When Apple announced that it would release a new pair of earphones in September 2016, people found themselves excited until they saw what it would look like. The announcement ended up with mixed reactions from the crowd.

Despite the mixed press they received during the announcement, Apple pushed through. This involved removing the headphone jack in the latest iPhone. It was a smart choice since Apple planned to integrate the AirPods as the norm for the Apple iPhone.

Their decision made Apple face some backlash from Android and Apple fans alike. This made Apple the butt of jokes.

They also removed some jacks from other Apple devices. The Mac was next in line and most people were okay with it. This is because most people knew how to connect AirPods to Mac and other devices.

Though people mocked their decisions, Apple looked forward and made more adjustments to their upcoming devices.

After its release, many people questioned the AirPods and often mocked it. The Internet imploded with different articles about the poor reception of the AirPods. Even the earlier models that Apple gave out to get reviews left a negative rating for them.

It was then that the meme community made posts about them. They made it look like the Apple AirPods were ridiculous. They also made jokes about people who couldn’t hear anything when they had them on.

Despite these being jokes, it still provided marketing for the AirPods. This prompted people to get a pair for themselves to know what all the fuss is about. This is when AirPods started to get better reviews.

The people who tried them out found their sound quality to be top-notch. This started a chain reaction where their reviews also persuaded others to get a pair. More people enjoyed them and more people told others about them.

This made them the trendy product that they are today.

Even if AirPods were a big success, it still had a lot of issues. Apple plans to fix this with the next iteration of AirPods. People gave it the name of AirPods 2 while they await the official announcement.

The new pair promises to fix the flaws of the old one. It also aims to spark the interest people have in wireless headphones once again.

The odds are that Apple will use the same color scheme as before. They remained faithful to the white palette throughout their product line.

They also plan to revitalize the iPod first before anything else. This can mean that they will release the new iPod and AirPods 2 at the same time.

Learn How the Original Apple Earphones Became the AirPods Today

The AirPods are the best-selling product Apple ever made. The only product that can top it is the new ones Apple will release. Learn how the original Apple earphones became the iconic product we know today!

Did you find this guide informative? Check out our other posts for more informative lists today!