The past few days have been not so great for my husband. We went out to dinner Saturday as planned but after dinner he told me he was short of breath and wheezing, and as any good wife does I gave him is Rescue inhaler that I keep in my purse. I then asked him WHY he didn’t tell me this earlier, we didn’t have to go out to dinner and he replied ” I didn’t want to ruin our night out” well I would have rather went out another night, because having our Date Night was not as important as his health or his Life. 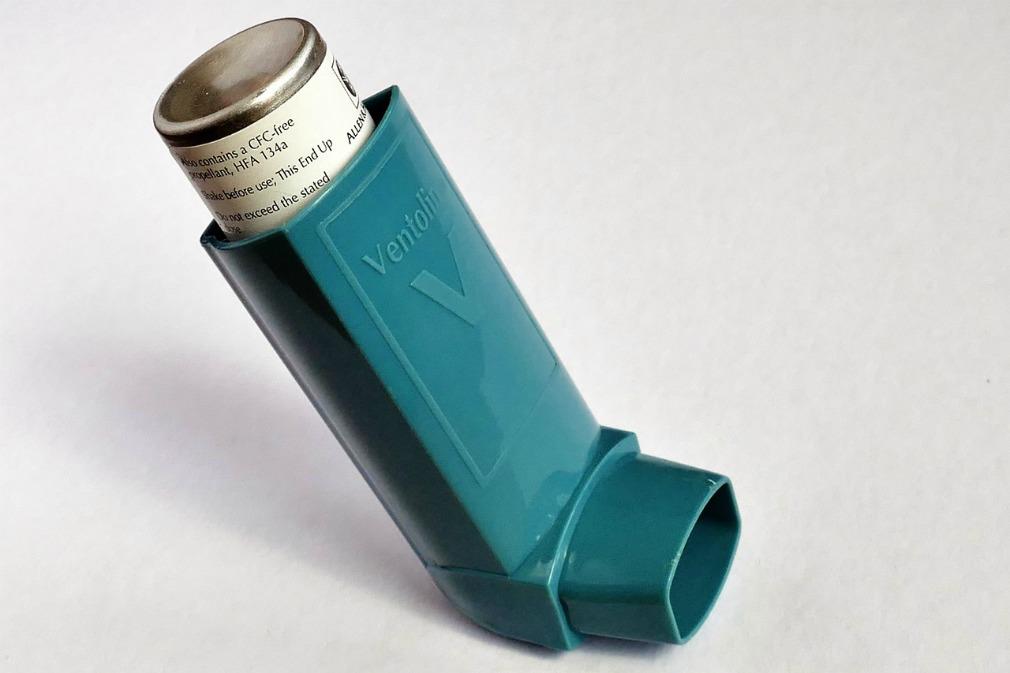 I ended up taking him to the Urgent Care for an Asthma Attack. The doctor gave him 2 treatments and steroids and sent him off. Well this morning he woke up and he was wheezing again and was having a hard time talking because he was out of breath, I took him back to the ER and this time they gave him a shot of steroids, another treatment and did an x-ray. The x-ray came back good, so no worries there. He is feeling somewhat better now, but I hope it lasts this time. It is very scary when this happens. His doctor has changed his asthma medicines around but it is not working. He has an appointment next week with him so we shall see what happens. Do you know anyone with asthma? If you do how are they doing this year?

Below are the symptoms of Asthma:

Asthma is characterized by inflammation of the bronchial tubes with increased production of sticky secretions inside the tubes. People with asthma experience symptoms when the airways tighten, inflame, or fill with mucus. Common symptoms include:

Still, not every person with asthma has the same symptoms in the same way. You may not have all of these symptoms, or you may have different symptoms at different times. Your asthma symptoms may also vary from one asthma attack to the next, being mild during one and severe during another.
The Early warning signs of Asthma:

Early warning signs are changes that happen just before or at the very beginning of an asthma attack. These signs may start before the well-known symptoms of asthma and are the earliest signs that your asthma is worsening.
In general, these signs are not severe enough to stop you from going about your daily activities. But by recognizing these signs, you can stop an asthma attack or prevent one from getting worse.

Know the Symptoms of an Asthma Attack:

An asthma attack is an episode in which bands of muscle surrounding the airways are triggered to tighten. This tightening is called bronchospasm. During the attack, the lining of the airways becomes swollen or inflamed and the cells lining the airways produce more and thicker mucus than normal.

All of these factors — bronchospasm, inflammation, and mucus production — cause symptoms such as difficulty breathing, wheezing, coughing, shortness of breath, and difficulty performing normal daily activities. Other symptoms of an attack include:

The severity of an attack can escalate rapidly, so it’s important to treat these asthma symptoms immediately once you recognize them.

I have a lot of experience with Asthma, between my husband and my daughter, I always keep my eye on them. I have Rescue Inhalers all over my house in my car and my purse. My husband over the years has ended up in the hospital for weeks at a time because his attacks are so bad. We shall see what happens when he goes back to his doctor.