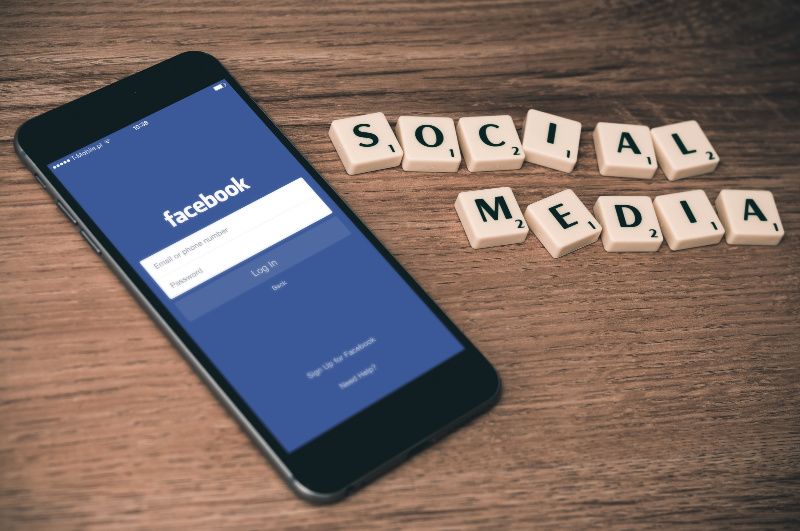 Just recently, the American Psychological Association came out with a study showing that there is a possible connection between social media and poor mental health. This research may have you wondering what harm social media could be doing to your own teen’s mental health.

According to the study, compared to the mid-2000s, teens and young adults in the late 2010s were found to be experiencing severe psychological distress, major depression, and suicidal thoughts. However, the study did not point to a single cause. Instead, it noted that possible causes could include social media, the use of opioids, or even sleep deprivation. As a result, it’s not entirely certain that social media is the cause.

But, can social media have a negative impact on your teen?

It Can, but That Isn’t Always the Case

As it turns out, there are two sides to social media.

The negative side to this issue is that yes, there is a chance that social media could harm your teen’s mental health. For instance, the National Center for Health Research points out that there is a possibility for children to end up with a condition called Facebook depression. It’s suggested that this condition occurs due to the many ways people can measure their popularity against that of others. And when children who already feel inadequate notice that they don’t seem to match up to a certain level of popularity, they can start to exhibit depressive symptoms.

Conversely, the exact opposite holds true for children who are considered to be better adjusted. As the National Center for Health Research notes, these children are able to handle social media like Facebook in healthy ways. They choose to show off their best qualities and minimize or filter negative characteristics. In return, others respond positively to their actions, and it creates a positive feedback loop that doesn’t diminish self-esteem.

Of course, watching that positive feedback loop from the outside as a perhaps less popular or more vulnerable child can be a significant form of negative feedback for that child. And it doesn’t help that another study confirmed that high social media use did seem to make young adults feel more socially isolated regardless if that was true or not.

Before Banning Social Media from the House, Consider the Benefits It Offers

While it’s clear now that social media isn’t entirely harmless, don’t count it out just yet. As mentioned previously, there is a positive side to it that your teen can benefit from.

At least 76% of American teens use social media, and that makes the platform a significant place for teens to interact with one another.

With social media, your teen can strengthen the friendships they have simply by spending time online to get to know their friends better. And it allows them to stay in touch with those friends no matter what their schedule is like at home.

Whether it’s supporting their favorite animal non-profit organization or even setting up a fundraiser for their school online, your teen can learn to enjoy the act of charity through social media.

Offering a Place for Teens to Express Themselves

There’s no denying that social media has many avenues for self-expression. Around 27% of teens felt that platforms were critical for creative expression. For instance, in a survey from Common Sense Media, many of these teens indicated that social media was a great place to share thoughts and artwork.

So, social media can be a great place for your teen to gain or maintain self-esteem. If they are typically shy in person, they might find it easier to voice opinions online. Or if they’re more artistically minded, they might enjoy being able to display their artwork for all to see.

Whatever tendencies your teen has, they will likely find benefit in having a place where they can present their thoughts and interests and know that someone is interested in seeing them.

So, How Do You Help Your Teen Avoid the Negative Side of Social Media?

Okay, so your teen can actually greatly benefit from social media. But obviously, you don’t want them to be exposed to its downsides. So, what can you do?

First off, your teen is only human. So one of the best things you can do to monitor how well they handle social media is by talking with them. See what interests them and what concerns them. And discuss with them what might be the best possible plan to minimize their concerns.

If you find your teen is having a particularly difficult time or even displaying depressive symptoms, such as a loss of interest in hobbies or feelings of hopelessness, you might want to consider talking to your family doctor. They may be able to help you find a local psychologist. And if the symptoms are severe, they may also prescribe medication like sertraline that could help your teen counter depression.

If the thought of prescription medication seems like an expensive weight on your shoulders, look for an international or Canadian pharmacy referral service. This type of online service can help you connect to licensed pharmacies outside of the United States where international and Canada drugs are offered at a more affordable rate.

Encourage Them to Enjoy Hobbies That Are Outside of Social Media

While social media has a lot to offer your teen, it shouldn’t be the only thing your teen interacts with throughout the week. Instead, encourage your teen to have a variety of hobbies, from painting to yoga classes. These hobbies, along with the occasional bit of social media, will give your teen a well-rounded view of the world and help them avoid feeling disconnected from their environment.

Make Sure They Take Regular Breaks

Everyone needs a break from social media now and then. And as the American Heart Association states, everyone needs at least 150 minutes of exercise a week to stay healthy. So show your teen that there are plenty of physical activities to interest them. Many of these activities, such as swimming or hiking, can also provide your teen with more opportunities to share real-world experiences with friends.

Social media can be a great boon to your teen. But it’s all in how you and your teen choose to use it. Excessive use can lead to many negative feelings, including that undesirable feeling of isolation. But when used moderately, your teen could find a whole new space to connect with friends, support causes, and even express themselves. Support is an essential part of life. If you are looking for support for you or a loved one, then you should check out BetterHelp.com