LEGO bricks are a classic, wonderful toy. They provide hours of fun and entertainment while stimulating creativity. If you didn’t already know, there are also books for using LEGO bricks that provide inspiration and guidance in showing how LEGO bricks can be used to create some amazing projects! If you have a young (or older) aeronautical fan that also plays with LEGO bricks, have I got the book for you! It’s called How To Build Brick Airplanes: Detailed LEGO Designs For Jets, Bombers, And Warbirds (ISBN: 9780760361641), by Peter Blackert. 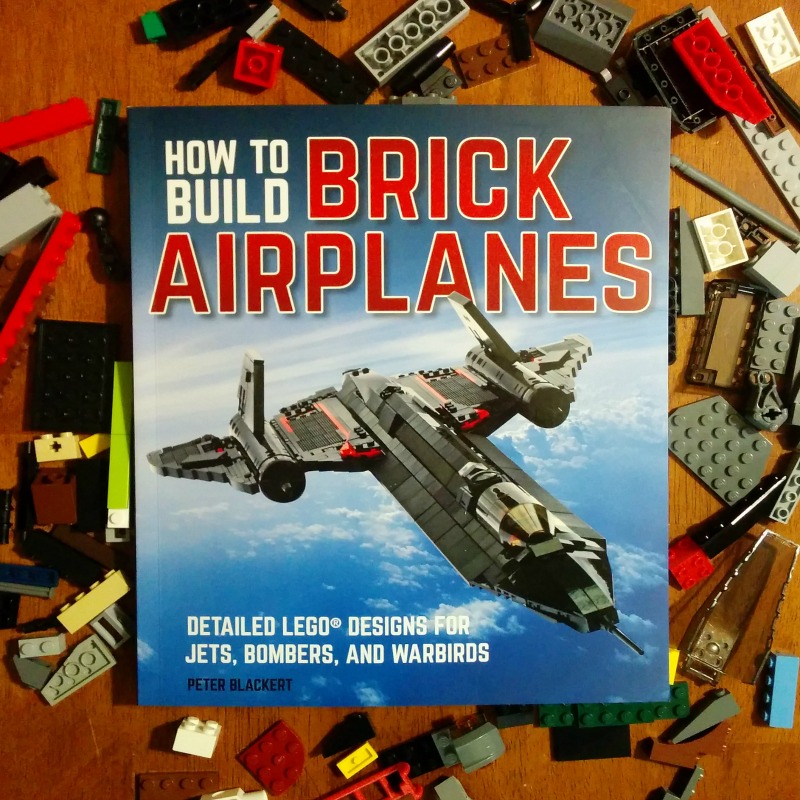 This book is cool and beyond cool! It teaches you how to build airplanes based on real aircraft with LEGO bricks! For example, it shows you how to build the Lockheed SR-71 Blackbird and the Grumman F-14 Tomcat, two very impressive pieces of aircraft that have interesting histories of their own. And, that’s not all. There are directions to build many others as well!

Build And Learn About Amazing Airplanes!

The book is divided into three sections: Miniplanes, Intermediate, and Advanced. So, there are planes for each level of LEGO-building skill. The directions for building each plane are clear and provide step-by-step directions and diagrams. And, the author also provides statistics and detailed information about the planes. For example, did you know the SR-71 is now over 50 years of age and it “still holds aeronautical records that may never be matched” (Blackert, 2018, p. 106). In fact, according to the book, it could fly 2,200+ mph—that’s crazy! Some of the statistics provided for the SR-71 that I found quite interesting: there were 32 of them made and it was produced in 1964 (Blackert, 2018). I had no idea the SR-71 was produced so many years ago because it seems like such a modern plane, especially considering what it’s capable of.

The author, Peter Blackert, works for the Ford Motor Company’s Asia-Pacific Engineering Centres. Within the LEGO community, he is known as Lego911 on Flickr (link below). He has also written another book titled How To Build Brick Cars. So, he definitely has some building experience!

How To Build Brick Airplanes is available in paperback on the Quarto Knows website for $24.99. This book would be a wonderful gift for so many kids. It’s entertaining and educational, which makes the best kind of gift in my opinion.