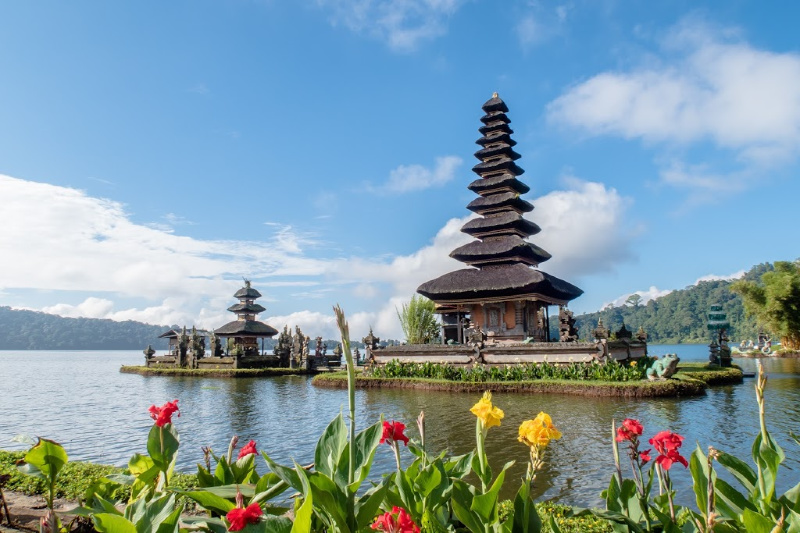 Whether you crave warm weather, relaxation, or rich culture, Indonesia and Bali have something to offer everyone from the honeymooners to the adventure-seeking family. Here are a few fun facts to share on your next vacation:

Mount Agung is not only the highest peak in Bali—3,200 meters above sea level—but it is also an active volcano. Indonesia is actually home to 139 volcanos, meaning it has the third most volcanoes in the world behind the US and Russia. Crave adventure? Some of their volcanoes are open to climbers.

Commonly called “The Island of a Thousand Temples”, Bali’s landscape is home to an estimated 20,000 temples. Why so many? Each family has their own temple for worship and a special celebration called Odalan is carried out on the temple’s anniversary. Temples play such a large role in Balinese culture that the name Bali actually stems from a temple in India, Balipuram.

Bali is just one of the many islands of Indonesia. In fact, it is said that Indonesia has roughly anywhere from 14,000 to 18,000—neither the government nor researchers have an accurate count. One thing they do know, however, is that if having the most coastline was a contest, Indonesia would rank an impressive 2nd with 54,716km. It is no wonder it is home to some of the most highly sought-after surf spots and scuba diving destinations.

Those born a Balinese male will get one of four names, depending on their birth order: Wayan, Made, Nyoman, Ketut. What if there’s a fifth boy? They start all over again and name him Wayan.

Avoid touching the head of a Balinese person as it is a sacred part of the body in their culture. While you’re at it, make sure not to use your index finger to point as it is considered rude—use your knuckle instead.

You wouldn’t go to church in your beach attire, so you shouldn’t visit a temple in it either. To visit a temple, you will need to wear a sarong and a sash, as well as clothing underneath to cover your shoulders, knees, and in some cases, ankles. Sarongs can often be borrowed as part of your admission fee, or you can get your own at a local market.

Are you currently menstruating, more than seven months pregnant, or had a baby in the last six weeks? Sorry, you will not be permitted to enter a temple. Temples are considered sacred ground where unsanctified bloodshed is against religion and menstruation is considered impure. Be sure to plan your temple visits for a time where this won’t be an issue.

New foods, a hot climate, and different standards of living mean new bacteria that your gut isn’t used to. This often leads tourists to experience what they call Bali Belly, which can involve nausea, vomiting, and/or diarrhea. It is advised to only drink bottled water, wash your hands frequently, and re-wash your fruit before consuming to try to ward off this traveler’s bug.

If you love to strike up a deal, then Bali calls to you. Not only is haggling common at local markets, but it is pretty much expected. Just remember to be respectful and not to undercut the seller. Look for visual or vocal cues that indicate they have reached their limit.

The most common mode of transportation in Bali is scooters or motorbikes and honking is abundant. While in Western countries this can often be labeled as road rage, in Bali it is common—and often necessary to warn other traffic of your presence.

Indonesia and Bali are unforgettable destinations with an arsenal of activities, history, culture, and fun facts to suit any traveler. They will keep you coming back time and time again—even if it is just because it seems to be the only place where you remember everyone’s name.