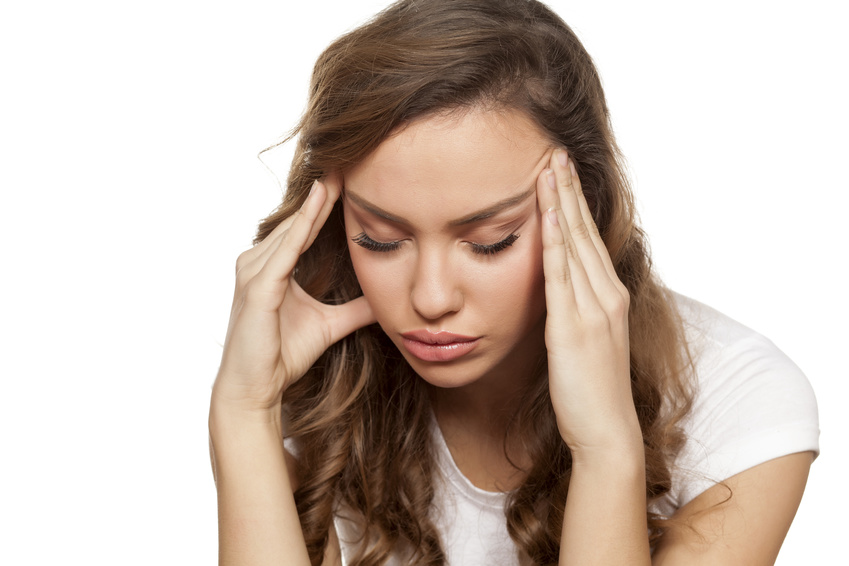 There's some painful news (in more ways than one) for all you tipplers out there: your alcohol consumption might be triggering your migraines. But fortunately, there may be ways to mitigate those effects — if you're brave enough to try them.

Approximately 41% of U.S. drinkers said they typically drank beer in 2014, while 31% said wine was their choice of alcoholic beverage and 23% preferred the hard stuff. According to a new study, it might not matter what kind of alcohol you consume if you're prone to migraines. Researchers discovered that nearly 36% of participants reported that alcohol was a trigger for their migraines; specifically, red wine was noted as being the most common trigger. But the study found that red wine was responsible for triggering attacks in only 9% of participants, meaning that the perception of this oft-cited migraine trigger may actually be more pronounced than the damage it does in practice.

No matter what kind of alcohol was enjoyed, however, nearly 90% of those patients developed migraines in less than 10 hours after consumption. For one-third of participants, the onset occurred in less than three hours. Interestingly, 25% of patients who said they didn't drink or had stopped drinking did so due to their migraines. That's a trend backed up by The American Migraine Foundation, which cites that people who experience these debilitating headaches are less likely to drink alcohol than those who don't get migraines. Clearly, there is some kind of correlation there, though researchers aren't exactly sure what to make of it quite yet. There's nothing definitive that reveals exactly why alcohol might be a trigger, though experts do have some theories.

On Migraine.com, one excerpt reads: “Certain chemicals in alcohol, such as tyramine and histamine, are believed to act on chemicals in the brain, kicking off a series of events that leads to a migraine… Because alcohol use can increase with stress, some researchers believe it is a combination of the alcohol and stress which sets migraine attack in motion.”b

It's certainly true that many migraine sufferers have multiple triggers, which makes identification difficult. But if you're able to figure it out, you can make a concerted effort to eliminate (or at least reduce) those triggers in your life. Stress is a common trigger for many people, but we can't seem to live without stress on a daily basis — particularly in America. Being able to alleviate extraneous sources of stress, however, can help a lot.

For example, 14% of respondents say their home furnishings make them feel gloomy and stressed out. If your surroundings are disorganized or simply not to your liking, you may be taking on more stress than necessary and harming your health in the process. Improving the light, temperature, storage, or style in a given room might seem insignificant, but it could improve the quality of life for many migraine sufferers. The same goes for reducing stress within your family unit, on the job, and in your social circle. Investing in self-care can also act as beneficial maintenance for migraine sufferers. And there are even apps available to help you figure out and stay away from your triggers.

Of course, those methods might not make much of a difference if you get particularly strong migraines on a frequent basis. Fortunately, there are more drastic measures you can take. There's magnet therapy, daith piercings, and even an experimental migraine patch to try out. And if those don't appeal to you or haven't worked in the past, you could always try Botox.

For those who pursue this procedure for cosmetic improvement, the result last anywhere from three to six months. But many migraine sufferers have turned to Botox to find relief from the headaches that frequently knock them out of commission. Even if they don't personally want to pursue cosmetic surgery, many are so desperate for relief that they're willing to go under the needle. In a recent analysis, researchers found that Botox may be even more effective than the most recommended drugs on the market. And for those who suffer more than 15 migraine headaches per month, Botox injections resulted in 1.6 fewer attacks on average as compared to placebo treatments. Interestingly, those who received Botox injections for their migraines also reduced their symptoms related to anxiety and depression. It makes sense that if headache frequency and severity can be reduced, patients will be able to improve their quality of life overall.

Botox injections might not be a cure-all, of course, and the individual nature of migraine headaches can make them difficult to treat across the board. But now that public awareness pertaining to migraine headaches is rising, sufferers may soon have even more options to find relief.