All of the major cities in the United States of America see their fair share of tourists every year, but Las Vegas does particularly well. On average, just over forty million people visit Vegas every single year, with many of them going there as a ‘once in a lifetime’ trip to remember. There’s no doubt that a lot of those visitors head to ‘Sin City’ because they want to spend a few days living the celebrity lifestyle, and rolling into the resort’s legendary casinos. Not everyone does, though. 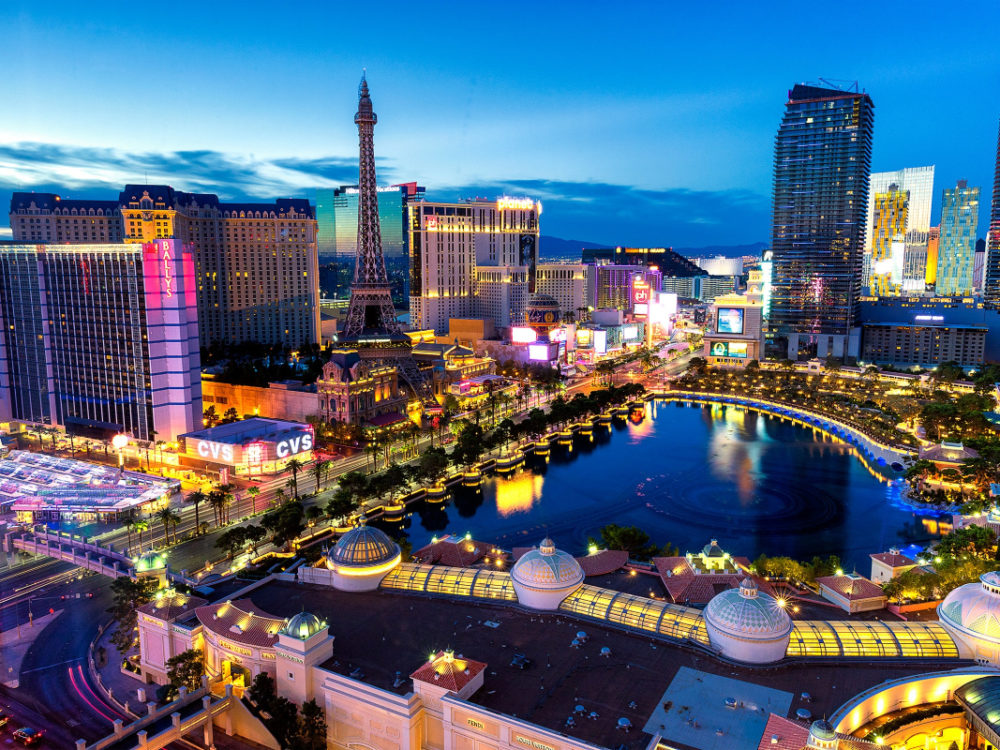 Famous as they are, there’s more to Las Vegas than the casinos. As much as most folks associate Vegas with rolling dice and drive through weddings, it’s possible to spend a vacation there without gambling at all. Many people now choose to visit online casinos and sister sites instead of entering casino premises in person; playing online casino games at home can be a more relaxed affair, and one where you’re less likely to be lured in by flashing lights, or one too many drinks from the casino bar! The people who work in tourism within Vegas are well aware that there are more online casinos than ever now, and so they’re keen to ensure that potential visitors are aware of what else their fine city has to offer. Here’s our pick of the rest of the attractions.

Ridiculous as it sounds to those who live close to Vegas, many visitors – especially those from overseas – don’t even realize how close the Grand Canyon is to Vegas. They’ve heard of it, of course, but they assume it’s in a completely different geographic area. We know better! It’s roughly a three-hour drive to Grand Canyon West from the middle of the city. That’s not a short trip, but it’s easy to take it in as part of a day out if you plan in advance.

It’s hard to accurately describe the beauty of the Grand Canyon in words alone; it’s something that can only be appreciated with your own eyes. Many people consider it to be one of the seven wonders of the natural world, and when you catch sight of it just as the sun begins to go down, and reflects on the rock formations, it’s stunningly beautiful. What a lot of people don’t know is that there’s actually a small town within the canyon; it’s completely cut off from society to the extent that mail is still delivered there on horseback!

This shouldn’t need pointing out to you, but just in case you somehow weren’t aware, Las Vegas is the home of the greatest semi-permanent stage shows in the world. Almost every major name in entertainment over the course of the past century has stopped off in Vegas at some point, from Elvis Presley to Britney Spears. The strip is alive with performers and concerts, so no matter when you visit, you’ll be sure to find someone you’d struggle to get tickets to anywhere else in the world.

At the time of writing, Celine Dion, Cher, Diana Ross, Paul McCartney, Gwen Stefani, Lionel Richie, and Rod Stewart are all scheduled for several dates during the next three months. Even those star names are just the tip of the iceberg, though!

Have you always wanted to know what it feels like to go skydiving, but you’ve never been able to work up the courage to throw yourself out of a plane? Thanks to Vegas Indoor Skydiving, that’s no longer a concern! Gravity doesn’t exist within the facility, which blasts you with winds of up to 120 miles per hour to keep you floating in the air.

It takes a lot of power to do that – which is why there’s a 1,000 horsepower motor installed to make sure your ‘flight’ doesn’t come to a sudden halt. Vegas Indoor Skydiving is open seven days a week. If you’re trying to shake off a hangover after visiting the city’s bars the previous evening, this is sure to blast off the cobwebs.

The weather in Las Vegas is usually very hot. At the height of summer, it’s almost unbearable. Fortunately, somebody’s thought about that, and devised the perfect solution. It comes in the shape of the Minus 5 Experience, which as the name suggests, is kept five degrees below freezing at all times.

You can enjoy a cold beverage at many places across the city, but nowhere else will you find them this cold. Inside the Minus 5 Experience, the walls are made of ice, the bar is made of ice, and even the seats are carved from ice. You’ll want to bring some thick clothing along to wrap yourself up if you’re going to sample the cocktails on offer – and think how glad you’ll be of the sun when you head back outside.

If you think Times Square in New York is gaudy and brightly lit, you obviously haven’t seen Fremont Street in Las Vegas. This location puts Times Square in the shade – quite literally! We don’t know whether it would be better described as a street, or a permanent open-air festival. The entire area is pedestrian-only, so crowds can mill around across the street and take in the sights.

The sights are impressive in their own right, but we should also mention the sounds. There’s almost constantly live entertainment happening in Fremont Street, and it’s free of charge. When it goes dark, there’s a nightly light show which will show you why the local residents call this ‘Glitter Gulch.’ If you want to get from one end of it to the other without forcing your way through the throngs of people, why not try the zip wire?

These are just five of the hundreds of entertainment options Vegas has to offer you without spending a single dollar on the roll of a dice or the turn of the card. There are many more – but finding out when you’re there is all part of the adventure, and we wouldn’t want to spoil the fun for you. Vegas might be casino city, but finding entertainment when you’re there isn’t a gamble.