I love to read. In fact, I love to read every single day as a hobby and for relaxation.  My favorite books are dramatic fiction and humor.  I’m not a big fan of historical fiction nor of historical nonfiction.  Even as a child, I was never a big history fan in school.  History just kind of whizzed over my head.  So, when I was provided with the books, Tienkuo: The Heavenly Kingdom and Beyond The Heavenly Kingdom, I was a little hesitant to dive in and read. They both tell of a story intertwined with Chinese-American history. However, I was pleasantly surprised. The author of both books, Li Bo, writes in such an engrossing style. I was quickly drawn into his story and rather enjoyed reading about his characters, namely an American journalist, Jason Brandt, and Black Jade, his wife. 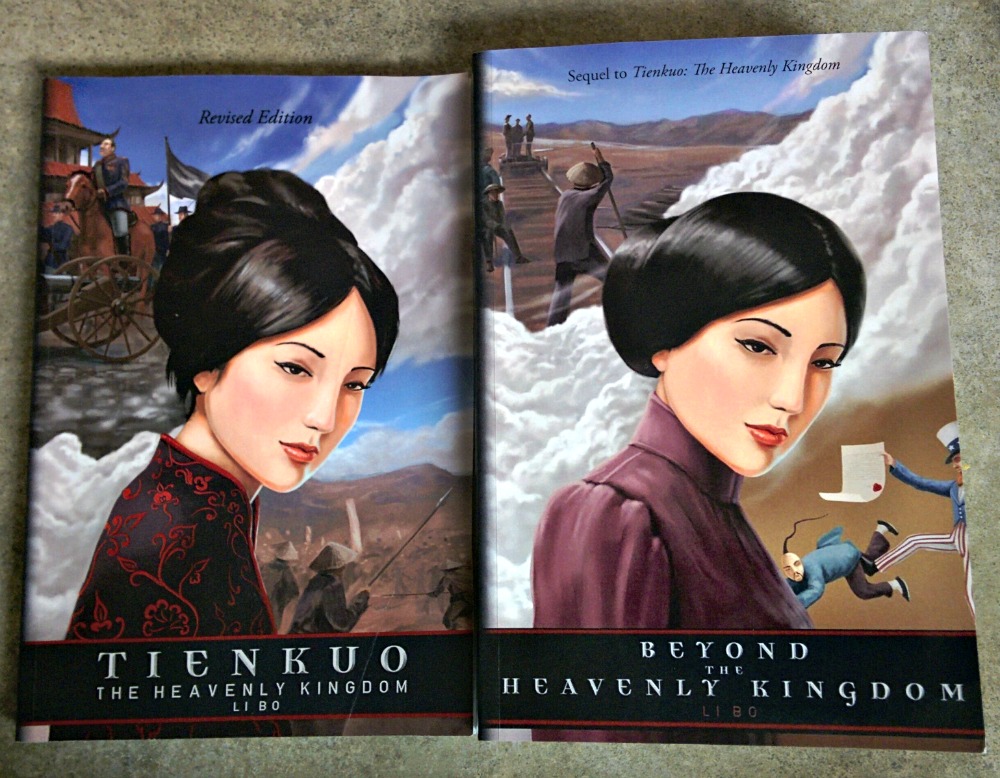 The first novel, Tienkuo: The Heavenly Kingdom, starts in China. Jason Brandt runs away to escape being sent off to college in America. He ends up following soldiers to the city of Guangzhou, where an attack is imminent. In Guangzhou, Jason eventually learns of a rebellion involving a man claiming to be Jesus Christ’s younger brother.  The story continues with Jason trying to find the rebels’ capital, Taiping Tienkuo. Along the journey, the reader follows Jason’s transformation, struggles, and adventures, while learning about nineteenth-century China and its complex history.

Beyond the Heavenly Kingdom

His second book in the series, Beyond the Heavenly Kingdom, starts with Brandt and his wife in China. It continues as they adventure to America, where they encounter intriguing historical figures, including Harriet Beecher Stowe, Mark Twain, and President Grant. They also, unfortunately, face tension, as many immigrants did during the time after the Civil War.  What I like about Li Bo’s writing is how it tells a wonderful story that draws the reader in and, at the same time, it teaches his audience about history and culture.  He inspired me to go beyond the book and research the historical events he wrote about because they were so fascinating (and some were hard to believe).

Dr. Steven Leibo, writes under the pen name of Li Bo.  He, himself, has an impressive background.  Dr. Leibo is a professor of modern international history at the Sage Colleges in New York.  He also serves as a research associate at the Fairbank Center on Chinese Studies at Harvard University. In my mind, the above certainly lends to his credibility as an excellent source for Chinese-American history and relations. In addition to being very knowledgeable about Chinese-American history, he knows how to tell a story that will hold a reader’s interest and inspire them to utilize their imagination and curious mind.