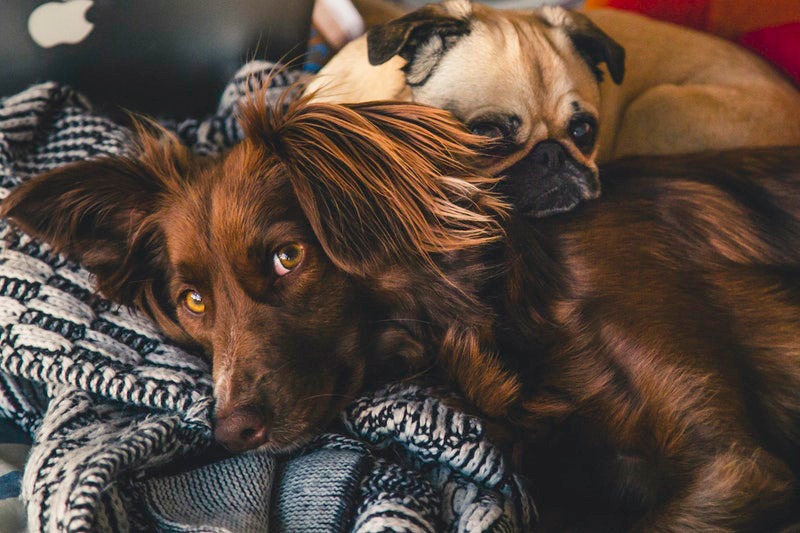 Our desire for the company of pets actually goes back tens of thousands of years and has played an important part in human evolution. Pet-keeping is an intrinsic part of human nature, one rooted deeply in our own species’ evolution. On the other hand, pets give us so much in terms of love and emotional support. We all enjoy this unconditional love. Celebrities are not exceptions. Famous people and their life incidents, their relationships and even celebrities’ death are always among the trending news. Sometimes their pets are as interesting as themselves to follow. Let’s check out below on some of the coolest celebrities’ pets.

If you follow American singer, songwriter, and actress Miley Cyrus on Instagram, you must notice that she’s got a lot of love in her heart for her pets. Her success story started as the star of Disney’s ‘Hannah Montana’ series. But the child star has come a long way – as a celebrity and as a pet lover. Miley has adopted many creatures over the years, from dogs to cats to fish and even pigs. She loves to give her pets interesting names. These days, dogs look just as cute in costumes as kids do. That’s why Miley Cyrus dresses them up in costumes. Cuddling with in major dog piles on her bed is a fun for this American singer and actress. In 2012, Miley and her ex-boyfriend Liam Hemsworth adopted the Rottweiler-beagle mix and named it Happy. Her role as animal rescuer started with Happy and now, she has 13 pets, including her fiancé Liam Hemsworth’s two dogs.

Kylie Jenner, American reality television personality, model, and entrepreneur, has always been quite obsessed with her pets. It’s difficult to know the exact number of pets she has. However, at last count, Jenner had nine pets including a bunny, a chicken and seven dogs. Though she is extremely busy as an entrepreneur, she always makes time for her pets. Her first dog was a Chihuahua named Dolce. Later She and her sister Kendall adopted a dog named Jackson. In 2011, Kendall and Kylie got two lab puppies namely Louis and Vuitton. Rest three dogs are Norman, Bambi and Sophia.

Though Selena Gomez is famous as a model, designer, singer, composer and songwriter, for the dog lovers, Selena is a dog rescuer. She is a proud mom of six dogs. But the most interesting thing is that all of these 6 dogs are adopted. She was born and brought up in an area where were hundreds of abandoned animals in need of a lovable home. As she grown up she felt an urge to do something for these poor souls. That’s why she took this special route. Is it one of the reasons why UNICEF has been chosen Selena as one of their Goodwill Ambassadors?

While dogs and cats are a more conventional pet, philanthropist, producer and actress Reese loves to think out of the box and adopted two donkeys named Honky and Tonky. Reese was introduced to the entertainment industry at a very early age and since then she is busy with her works. However, despite being extremely busy, she tries to spend time with her pets. She is a proud mother of 3 children who share their home with many pets including a French bulldog, a chocolate lab and a bull terrier. She also has 2 pigs, 3 goats, 20 chickens and 1 horse.

Oprah Winfrey, the billionaire media giant, and philanthropist, is very fond of dogs. Oprah has always been a major advocate of pet adoption. She has 5 dogs who are integral to Oprah’s family. Though she is best known for hosting talk show from 1986 to 2011, Oprah Winfrey plays different roles to the society. One of them is being a pet lover. As one of the richest and most influential women in the United States, Oprah lives an extremely busy life. However, she has never been tired of running two charitable organizations; Oprah’s Angel Network and A Better Chance. Same goes when it comes to pets. Solomon and Sophie were Oprah’s constant companion for years since 1994. In 2006 Oprah picked up three beautiful golden retriever puppies named Luke, Layla and Gracie. Sadie, Sunny and Lauren are other family members.

Ellen DeGeneres, one of America’s most well-known comedians, loves dogs and cats. You might know that Ellen, avid animal rights activist, owns her own record label called “eleveneleven”. Her lifestyle brand called Ed by Ellen is famous for shoes, home and baby items, accessories. But did you know she also has a pet line! She owns three dogs and three cats. Ellen likes the dogs of any breed. She wishes she could adopt 15 cats and 20 dogs.

Paris Whitney Hilton, the great-granddaughter of Conrad Hilton, is a famous American television personality, singer, and actress. But did you know that she is one of the most famous pet lovers of our time? She got her huge love to animals from her father. She loves to call all her pets her children. Even it seems that her sweet home is just like a little zoo with different animals which are just like kids to her. Keeping those little pets is more than a hobby. She has several pets including a sugar glider named Brigitte Bardot, a little pig called Princess Pigelette and a little pony named Lady Coco Chanel. She has many other animals including Annabelle -a cat, Dollar which is also a dog, Dog Marilyn Monroe (Pomeranian dog), Peter Pan (Chihuahua) -a dog, Princess and Bear which are also two dogs, Harajuku Bitch -a dog and Dolce and Prada -two dogs. Most of the dogs Paris Hilton rescued or adopted from different shelters and she keeps them in different houses which she made like her own luxurious mansion. In her pet’s houses, Paris includes everything that a human might need for complete comfort such as air conditioner and central heating. Paris even tries to give same attention to all of her pets. Hilton used to have another pet dog named Tinkerbell that died in 2015 and it was a natural death. She was accompanied by this dog for 14 years and Paris could hardly get rid of this loss.

Academy Award winner Emma Stone is famous for her witty and charming roles in several Hollywood movies. Stone dated Andrew Garfield for four years. They both are deeply in love with animals. In 2012, they adopted a 2-year-old cute Golden Retriever. Before officially adopting him from spot, Stone and Andrew Garfield had fostered the dog for a year.

American comic-book writer Stan Lee is famous for co-launching superheroes like the Fantastic Four, Doctor Strange, Spider-Man and the X-Men. Lee has written several books on comics and on his own life. But we came to know that he had a Mini Pomeranian, Charlotte, when it disappeared and later rescued by NFL legend Jim Brown on Friday, March 16, 2018!

An exotic menagerie Neverland ranch was bought by Michael Jackson in 1994 and there he used to keep different types of animals. That little private zoo of MJ includes giraffes, tigers, lions, elephants, snakes, orangutans and many more.

The most famous pet of MJ is a chimp named Bubbles that was rescued in 1985 from a cancer research clinic. Jackson used to keep this chimp in his bedroom in a crib and he used his own bathroom for the little chimp. MJ also used to take Bubble with him while traveling and it also could perform moonwalk and dance! Later, Bubble was moved to an animal sanctuary as it became aggressive after Prince Michael was born.

Michael Jackson also had many different species of birds and among those Rikki, a parrot, was the most favorite. It was also used to live in MJ’s mansion. When MJ died, this parrot was sent to Arizona in the Banjoko Wildlife Preserve.

MJ had two tiger siblings Thriller and Sabu, a variety of spiders, a wide collection of crocodiles, reptiles and snakes. He also had a pack of dogs among which a large bulldog was his favorite.

Nowadays, pets are considered as an integral part of our everyday lives. The animal-human bond is a mutually beneficial relationship between people and animals. The more we comprehend the nature and dynamics of this bond, the more we can use it to improve our lives.