About Seven & Two:
Seven journals were written but only five remain and are hidden, guarded by folk and charms, waiting to be retrieved by these young ones so they can turn the tide and even end the struggle. Through the words of one of the children, we follow not only their adventures but also their struggles through adolescence as they become adults. 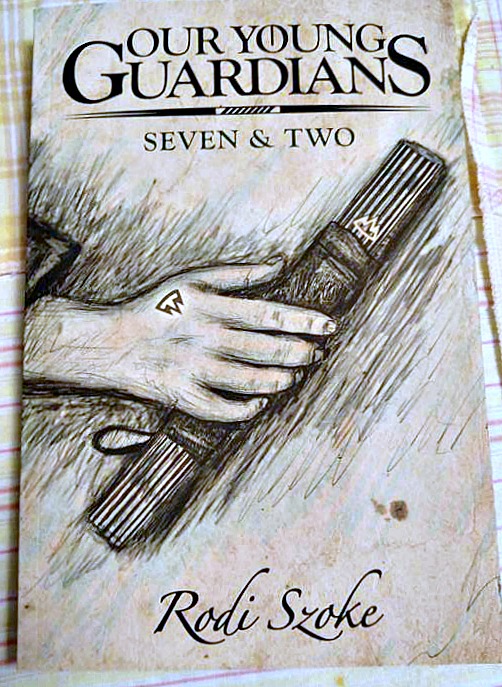 We love stories like Harry Potter, Chronicles of Narnia & Lord Of The Rings. So I was so excited when I saw the first book of “Our Young Guardian” series. This is definitely the next generation fantasy stories.

Such a well written story that is fantasy but could be real. While the kids are growing up and transitioning into adults. And if you think about it, our future has always been in the hands of our young. The beginning of the journey of one child who left behind everything he knew to go out and fight against evil. And evil unlike anything any of us had ever seen or dreamt of. His handwritten story captures their struggles during the war. And how they found out who they were and who they were meant to be. All of their sacrifices allowed for us to hang onto this life and ownership of the world around us.

What I love about this story ( and can't wait for the next in the series ) is how it touches on life lessons. Such as love, friendship, addiction, war, betrayal, parenthood and even discrimination. Even show the battle of good against bad. Reminding us that peace and freedom always comes with a price. And that price has to be paid by someone. While encouraging you to be your child's guardian. And let them be kids. Don't rush them to grow up.