Warner Bros. Home Entertainment provided me with a free copy of the DVD I reviewed in this blog post. The opinions I share are my own. Everyone’s favorite Great Dane is back for an all-new, action-packed, culinary mystery adventure with the release of Scooby-Doo! And the Gourmet Ghost. Scooby-Doo is joined by Bobby Flay, Giada De Laurentiis, and Marcus Samuelsson on this mystery adventure. The rest of the gang will be there, too!

This 5-star meal of a mystery, takes the Mystery Inc. gang on an unforgettable adventure to Rocky Harbor Culinary Resort for a cooking retreat. There, they meet Fred’s uncle, world-famous chef Bobby Flay. The crew quickly learns that this new state-of-the-art culinary resort is haunted. It used to be a historic colonial inn where they discover the legend of the Red Ghost. It’s this connection to the disappearance of Bobby Flay’s great ancestor chef which fuels the gang to dig for clues and solve a mystery. Pull up a chair, tuck in your napkin and get ready to laugh and scream with this fun family flick. 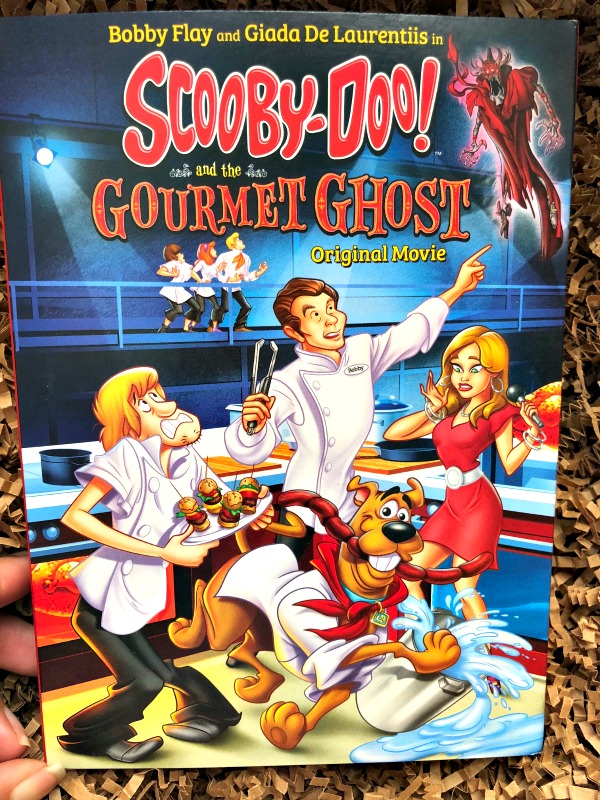 What's New, Scooby-Doo? “Recipe for Disaster” — Shaggy wins a tour of the Scooby Snacks factory, where a sludge monster is on the loose.

A Pup Named Scooby-Doo, “Wanted: Cheddar Alive” — A “cheese monster” frightens away all the workers at the Scooby Snack factory, so no more Scooby Snacks can be made. But without a Scooby Snack, Scooby won't pursue the monster. The kids convince Scooby to help unmask the bad guy and reopen the factory. 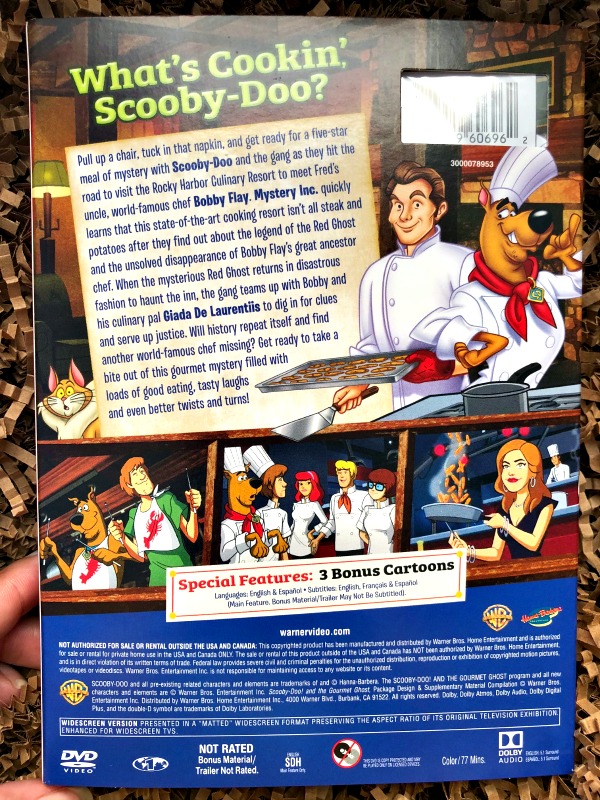 Scooby-Doo! And the Gourmet Ghost is available to own now on Digital. Digital allows consumers to instantly stream and download all episodes to watch anywhere and anytime on their favorite devices.  Digital is available from various retailers including Amazon Prime Video, iTunes, PlayStation, Vudu, Xbox and others.