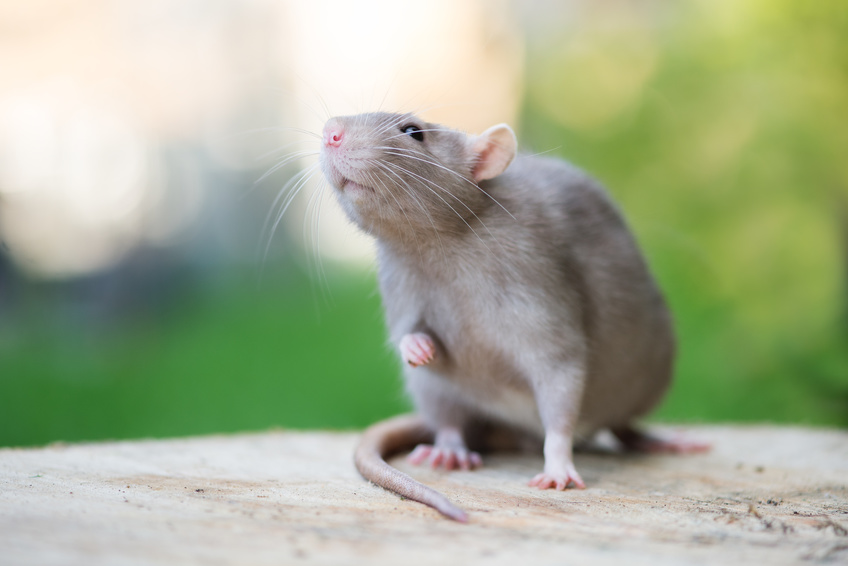 When you hear “therapy animal”, you probably picture a happy Golden Retriever or a fluffy cat lounging on a hospital bed. But “emotional support animals” can technically be, well, any animal. Including a pet rat. This idea has shocked people in the Nashville area, who are surprised to see James VanGuilder walking around with his one-year-old rat named Bean on his shoulder.

VanGuilder struggles with anxiety, and little Bean is not just a pet for VanGuilder and his partner Laura Davis. Bean acts as VanGuilder’s therapy animal to cope with his anxiety. VanGuilder and Davis take Bean wherever they can, bringing him on walks and on short trips to convenience stores. They don’t bring him to restaurants, but basically “anywhere with air conditioning” and that will typically allow short visits from pets, especially therapy animals.

A post on social media is what has stirred up controversy about Bean’s excursions. Overall, VanGuilder has reported a positive reaction online and in public to Bean. After VanGuilder and Davis posted while walking with Bean to the nearby convenience store, some people who saw the post questioned how sanitary it is to bring a pet rat to public places.

Are Rats Dangerous to Public Health?

Humans have only begun to have a positive relationship with rats over the past few decades. The domesticated rats you see in pet shops, usually a breed called “Fancy Rats”, were bred for Victorian amusement back in the early 1900s from rats captured and used for blood sports. Many folks are still grossed out by rats wild or domestic, but what needs to be understood is that there are many key differences between domesticated Fancy Rats and rats you’ll see in the subway or alley.

They’re still the same species, so they have similarities. For example, all rat breeds can start to have litters of around 12 babies or “pups” while quite young. All rats are generally social and very intelligent. But Fancy Rats are especially welcoming towards human attention, and they are very clean. They don’t carry the diseases that are often found among wild rat populations. So if you ask whether little Bean the rat has the ability to spread the plague, the answer is a firm ‘no’.

According to VanGuilder, he and Bean have never been asked to leave the places they frequent together. Bean will likely to be able to keep doing his job brightening up strangers’ days and supporting his owner.