Ask yourself this, “What do you do in your free time that’s popular amongst others?” Even though every individual is different, we all enjoy common activities. For the most part, mostly everybody watches television, and we all love to see a great movie. Then there are the different types of sports that the world enjoys. Lastly, who could ever forget about the many forms of music we have.

Believe it or not, music is something that inspires others to chase a career on the matter. The world is filled with talented individuals who have the gift of musical knowledge. There are also those who have a passion for learning what music has to offer. In fact, I know of someone who has a musical career that they thrive off of. So check out the information I have for you below.

A Man Of Many Talents

As we all know, there are many talented people out there who love music. Sure there are the big named artists that we all listen to. On the other hand, there are people who are being overlooked for their talents. People like John Ross Jesensky, whose life is full of musical joy. 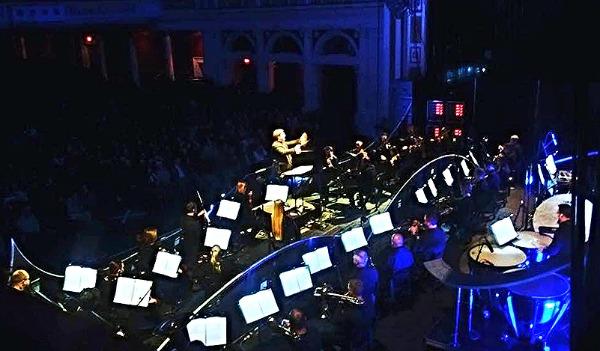 John Jesensky is a man whose talents go beyond what you may know. He is a talented composer, orchestrator, and conductor! John received a Bachelors of Music in Composition from the Hartt School of Music, where he studied with such composers as Stephen Gryc, David Macbride, Larry Alan Smith, and film composer Joseph Turrin. Soon after graduation, he began to harness his talents, focusing on the art of Film Scoring! Since following what he loves to do most, he’s become quite successful.

As of now, John Ross Jesensky is currently touring the globe, conducting premiere orchestras in performance for CineConcerts, and AVEX Classics. He is also a known freelance film composer, scoring short and feature-length films too. Plus, he works trailer and source music for top production companies!

Everyone should follow their dreams, especially if they have a passion for something. John followed his dream and is achieving well, and will continue to become known for what he does best. So go ahead check out all of the information I have for you above.