Millions of Americans suffer from sleep disorders, or simply don’t make enough time for sleep. This can have a negative impact on your job performance. According to the Center for Disease Control and Prevention, 30 percent of employed adults in the U.S. get less than 7 to 9 hours of sleep. Take a look at how this lack of sleep works against a person on the job. 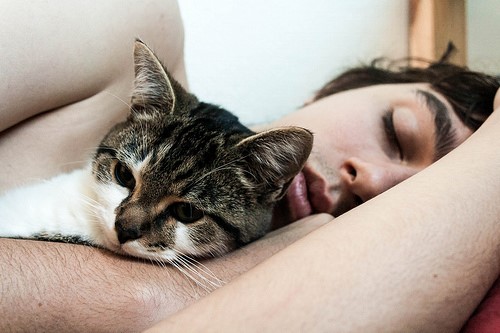 People who sleep the recommended 7 to 8 hours per night are more efficient at work and do not have to try as hard because their cognitive response time is at an acceptable level. If you aren’t getting enough sleep, you’re not performing as well as you could at work.

Difficulty Concentrating and a Bad Mood

When adults don’t get enough sleep, they also have shorter attention spans than adults who get a full 7 to 8 hours of sleep per night. This is especially true for people who have circadian sleep disorders. Less sleep also makes people more likely to have a bad mood because they have less patience. When you’re happy at work, you do better. To be happy, you need sleep.

Chronic exhaustion really takes a toll on your body. Your body’s metabolism slows down, and you don’t feel like exercising when you don’t get enough sleep. This causes you to gain weight, which isn’t good for your health or job status. If you add a desk job into the mix, this is a recipe for disaster. As people gain weight, they face all sorts of health complications, such as diabetes. Plus, people who are overweight do not excel as fast as others in the work place because of the stigma of a bad appearance.

Steve Siebold, an author and consultant to Fortune 500 companies told Fox Business, “Many employers look at obese candidates and immediately think, ‘this person failed in controlling their own health, how are they going to run a division?’” While companies as a whole cannot discriminate against people based on their appearance, being overweight does not present a good first impression.

As you can see, getting a good night’s rest is important to your success at work. If you have a sleep disorder, seek help. Also, a new mattress might help with the problem. A mattress is something you shouldn’t buy used. Over time, mattresses sag, which is bad for your back. Determine your budget and then look at mattress reviews before you decide. When you get more sleep, you’ll do better in your job.