GETTING A DIVORCE BEFORE ONE YEAR OF MARRIAGE 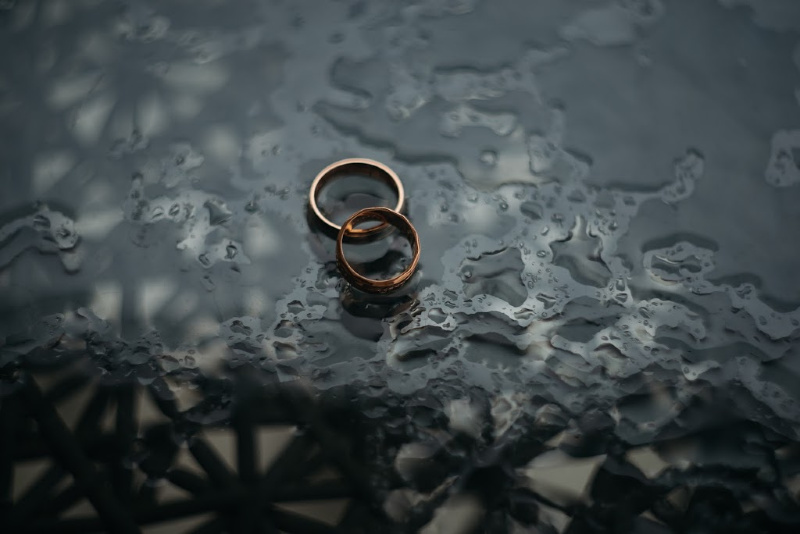 Divorce by definition is the act of dissolving or terminating one’s marriage.  It entails the cancellation of every tie that bonded the couples in marriage. This usually requires using a legal platform like the court to dissolve it because in some cases, it may include the sharing of properties between the couples, the custody of the child, child support, alimony, etc. often times, many people tend to confuse divorce with an annulment. The former means dissolving the marriage while the later means a declaration that a marriage is invalid or void.

The bitter truth is that no one enters into marriage and expects it to fail. But unfortunately, according to thisisinsider.com, the rate of divorce is becoming very alarming. It is fast becoming a norm and practice. People now go into marriage for some reason that favors them. They see marriage as a contract and at the end of the agreement, they walk away.

Online Divorce service in California claims: “The first year of marriage is one great challenge to the newly wedded couples”. Those who have been married know that marriage is not a bed of roses which means it can face problems at any time. When these problems are faced early in a marriage, it can be quite alarming. Researchers have found out that how couples relate with each other in their first year can either make or break their marriage.  Some people even term the first year of marriage as the hardest even if you’ve been living together for so long. Many couples fail to understand that life after the wedding can be so tricky because you no more live like a single person. This, therefore, means you no longer make decisions without consulting your spouse. Couples making daily decisions can include how money is spent, who does the house chores, who drops the child in school and so forth. These made decisions can eventually become more complicated. But as married couples, all decision will have to come from both of you and not just one person. Learn to compromise when necessary but also learn to voice out what you want.

INTIMACY: sometimes, couples feel so comfortable with their spouse that they no more have that strong urge to connect physically like they did when they were dating. Perhaps you may think nothing different will happen or because you know you can get it at any time. Mostly, one partner is often comfortable with letting sex slide while the other doesn’t. This becomes one of the challenges of the first year of marriage

MONEY AND FINANCES:  Before marriage, all the money you made was yours and you were responsible for how it is spent. Now you are married, you need to work with shared finances and also save or invest money together for future purchases. Being able to sort out spending and financial goals are very important.

ADJUSTING TO HIDDEN HABITS: There is a saying “change is constant”. This phrase is really common in marriage especially if you didn’t live together before getting married. After marriage, there are some behaviors and habits you will notice. Sometimes it might even be something you liked before but it begins to get irritating. The only solution is to learn to live with his or her behavior if you cannot keep up with it, communicate with your partner! Remember, communication is the key.

LACK OF PERSONAL TIME/PRIVACY: many people love to have their private time; a time where they just stay alone and meditate or do the things they love doing. Spending your life with some other person is what marriage entails and if you really need alone time, open up to your spouse then go to a quiet and serene place to enjoy your time alone.

INLAWS: Although it’s not everyone that has bad in-laws, there is always a point where you and your in-laws clash. Even if you were cool with them while dating, when once you officially become man and wife, some things change, there are some boundaries to set and some obligations to consider. Becoming a member of another family can be challenging.

REASONS FOR DIVORCE BEFORE A YEAR OF MARRIAGE

It is hard to ascertain the number of couples that rushed into marriage then promptly filed for divorce months after. Short-lived marriages begin when couples hope for the better and assume that things will change for good once they are married. They think that once they get settled, things will change. Some of them even assume that the reason things are not going well is that they are not living together but they fail to recognize that the main problem is the relationship between them. Below are the reasons for divorce before a year in marriage (according to fatherly.com).

INFIDELITY: Infidelity simply means being unfaithful to your spouse. The talk about infidelity and cheating spouses is very rampant. Couples face this every single day. Some of which have accepted their fate while others cannot. Extramarital affairs are responsible for the breakdown of many marriages which end in divorce. The impact of infidelity can bring about shock and the cheated party will feel betrayed and hurt

DISHONESTY: Dishonesty in marriage is a no-no. it has become so accustomed that it is now part of our daily life.  Dishonesty destroys trust and the bond shared by the couple. Couples give each other false impressions and they feel that dishonesty will help them protect their feelings.

PERSONALITY CHANGE: As mentioned earlier, change is constant. Couples tend not to be able to cope with the new personality or behavior of their spouse which leads to divorce.

UNREADINESS TO SETTLE DOWN: Many people walk down the aisle not because they want to but because of the pressure they face from the society, family and friends. When they finally get married, they find it hard to stay married hence the decision of getting a divorce.

LACK OF COMMUNICATION: As it is often said, communication is the key to every successful marriage. It is very crucial and ineffective communication can lead to frustration and resentment. Lack of communication makes couples live like roommates or strangers.

DOMESTIC VIOLENCE/ABUSE: Domestic violence/abuse be physical, verbal or emotional is the unfortunate state some couples find themselves in. Normally, it starts off as a mistake and the devil taking the blame when it becomes a daily activity without any iota of remorsefulness. When the abuse becomes more dangerous, this leaves the person being abused to opt out for divorce at the early stage of marriage before it becomes too late to do so.

TRAUMATIC EVENT:  Experiencing a traumatic event can trigger a divorce. These events can include accidents, loss of a close family member, serious health problem. Some couples find it hard to cope with such problems at the early stage of their marriage which can lead to the breakdown of the marriage.

HOW TO GET A DIVORCE BEFORE ONE YEAR OF MARRIAGE

BE SURE WITH YOURSELF THAT YOU REALLY WANT A DIVORCE: No marriage is void of ups and down. Before you let your spouse know that you want a divorce, examine yourself, find answers and if you can’t, consult a counselor who will help you explore your feelings about your marriage and if there is something that can be done to improve the situation.

CHOOSE A CONVENIENT PLACE AND TIME: before taking action, think of a better and convenient environment to tell your spouse. Also, look for a perfect time to do that. It might be that he or she is having some other problems so adding more salt to their open wound is not advisable.

TRY TO EXPRESS YOUR BOTTLED-UP FEELING IN A FIRM BUT GENTLE MANNER: the approach you use determines the behavior of your spouse. You can’t come up on your spouse with blame, anger or frustration and expect them to be calm. That will only worsen the case and might even lead to a violence meeting. Rather, try to be gentle as you can be

AWAIT YOUR SPOUSE’S REACTION: people react to things differently. There are a lot of emotions that go with divorce. To some it can come as a shock to them and to some, it might just be that they were expecting it. Give them time to take the news in and try to remain calm.

CONSULT A COUNSELOR: a marriage counselor can help the spouses deal with their emotions. Some of these emotions are resentment, anger and frustration which can act as a barrier to communication with each other.

Divorce is a very difficult time for the entire family because it signifies not just the end of the marriage but also the dreams and commitment shared. Divorce destabilizes everything; your routines change, your home, your relationship with your in-laws and worst of it all, your identity. Rhetorical questions will always run through your mind. This means that recovering from divorce might take time. But even with that, it is not the end of the world; life still continues. Give yourself time to heal then channel all the hurt into doing something productive. Do not shut down the people that actually care about you; share your feelings with family and close friends who can help you pass the trying moments. Do not forget you had dreams so don’t let your divorce make you forget about them and ensure that you take care of yourself. To fully accept a divorce, you have to understand what lead to it and the part you played. When you understand this, you will be able to learn from those mistakes and avoid making them again in the nearest future!