One of the many great things about growing up is being able to hold on your most cherished likings. I loved cartoons, video games, and every superhero you could imagine. I know I’m not the only one who has a favorite superhero, and there are so many to choose from. In a way, they bring quite a lovely amount of joy to our hearts. Even with every passing generation, new ways of telling their stories are being presented for everyone to go crazy with.

Of all the many heroes that exist, DC’s Superman will forever be a huge favorite to adults and kids. Plenty of movies and shows have been developed around this DC favorite. Now, you have the chance to bring home his origin story told in an incredible way. That’s right; it’s time to bring Krypton home for everyone to enjoy together.

The Revelation Comes To Light

Are you familiar with the work of executive producers David S. Goyer (Man of Steel, The Dark Knight Trilogy) and Cameron Welsh (Constantine)? If you are, then you know about their hit series Krypton! This is a series that tells the origin story of DC’s iconic Superman in a whole new way! Now the second season is on its way, although, you might need to play catch up. Which means you are going to need to grab Krypton: The Complete First Season on Blu-ray and DVD. 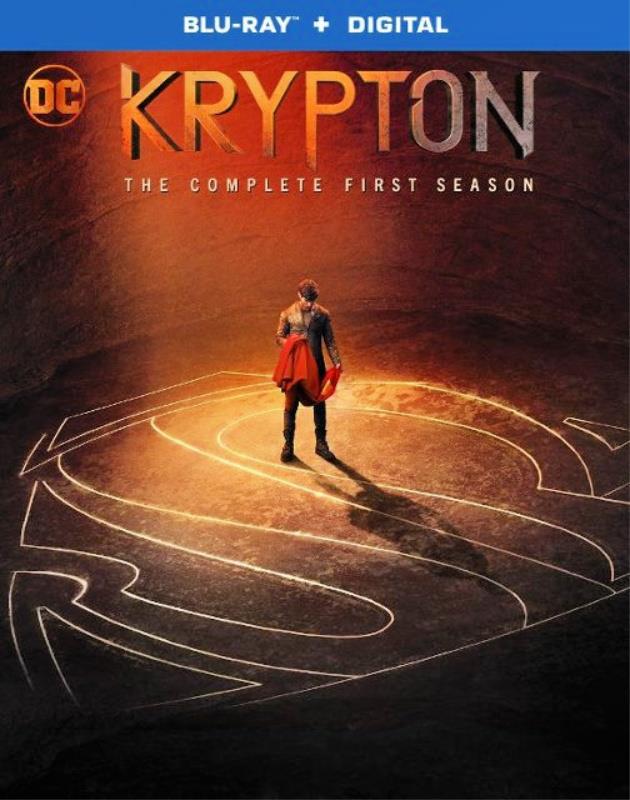 What if Superman never existed? Set two generations before the destruction of Superman’s home planet, Krypton follows a young Seg-El, the legendary Man of Steel’s grandfather, who is faced with a life and death conflict – save his home planet or let it be destroyed in order to restore the fate of his future grandson. With Krypton’s leadership in disarray and the House of El ostracized, Seg fights alongside Earthly time-traveler Adam Strange to redeem his family’s honor and protect the ones he loves while saving the future of his legacy from DC Super-Villain Brainiac.

The 2-disc Blu-ray will feature a high-definition Blu-ray and a Digital Copy of all 10 episodes from season one. Plus, who could forget the bonus features:

Bringing this home for all your DC superhero fans is a practically a must. Not to mention you want to catch up before jumping into season two. So be sure to grab you a copy and let the story begin!