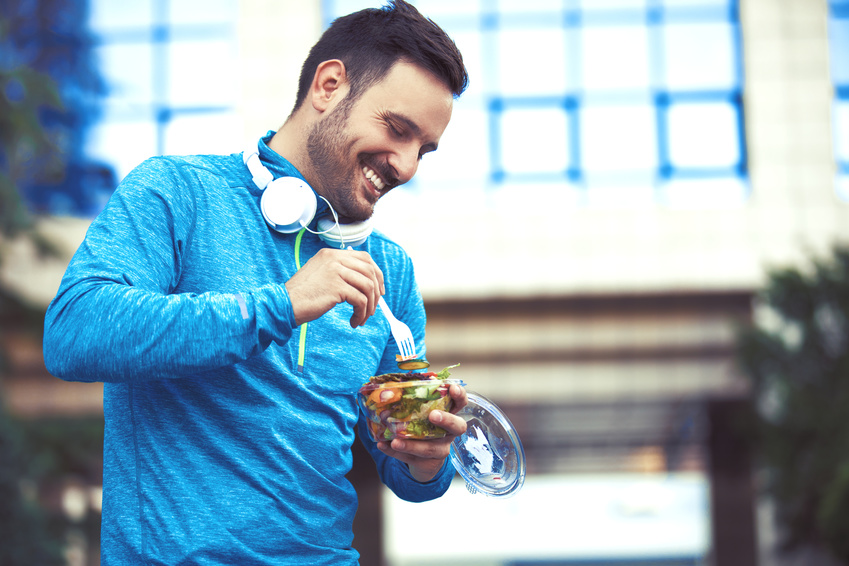 If you are a big fan of eating soup and you wear glasses, you probably know what it’s like to find your glasses getting fogged up due to the steam from the food. It can get really frustrating trying to eat your meal in peace and chat with your friends when all of a sudden, you can’t see a thing. To combat this, Nissin Cup Noodles and Zenni Optical have introduced their very own Ramen Opticals.

According to PR Newswire, the two companies have come together to create the first-ever eyeglasses that were specifically designed to wear while you eat Cup Noodles. The glasses will eliminate the foggy catastrophe with the use of an electric fan that will virtually blow the steam away from your face.

Brenton Gettmann, Nissin Cup Noodles Assistant Brand Manager, spoke about his steamed-up lens experiences in the past in a press release. He also talked about how excited he is about the development of this tool.

“I grew up wearing glasses and understand the steamed-up lens issue all too well,” Gettmann said. “When I joined Nissin, I heard how pervasive this problem still is among Cup Noodles-lovers and felt compelled to do something about it. We worked tirelessly with the optical engineers and industrial designers at Zenni’s state-of-the-art Rx Labs and manufacturing facility to ensure everyone, including glasses-wearing instant ramen noodle lovers, can enjoy their Cup Noodles-eating experience.”

To create the glasses, Nissin and Zenni turned to celebrity gamer Joshua Ovenshire to help find a way to make the glasses functional yet refined. Ovenshire knows a lot about Cup Noodles, as he’s a big fan of the treat. He also knows a lot about trying to focus on a screen while sipping up some delicious noodles and being plagued by steam. Because of all of this, he was the perfect fit for the job.

Along with a fan on the side of the frames, the companies decided to integrate a detachable fork on one of the frames’ arms. Anyone who suddenly finds themselves hangry while on-the-go can pick up Cup Noodles and enjoy them steam-free without having to scour their car for utensils.

In 2016, 64.3% of adults in the United States wore prescription eyeglasses. So, for those of you who wear prescription lenses, could this be your next pair?