Travel is an addiction you don’t want to get off.

Many people love traveling, but there are still those who prefer to stay at home.

They feel so many of their friends have been there already and they have seen all the pictures, so there is nothing more to see.

Being there beats everything you have heard about it or seen in pictures. We are talking about the Manaslu circuit trek, one of the most outlandish tracks that sit in the lap of Himalayas. This trek encircles Mt. Manaslu, the eighth highest mountain in the world standing at a staggering 8,156 meters above sea level. 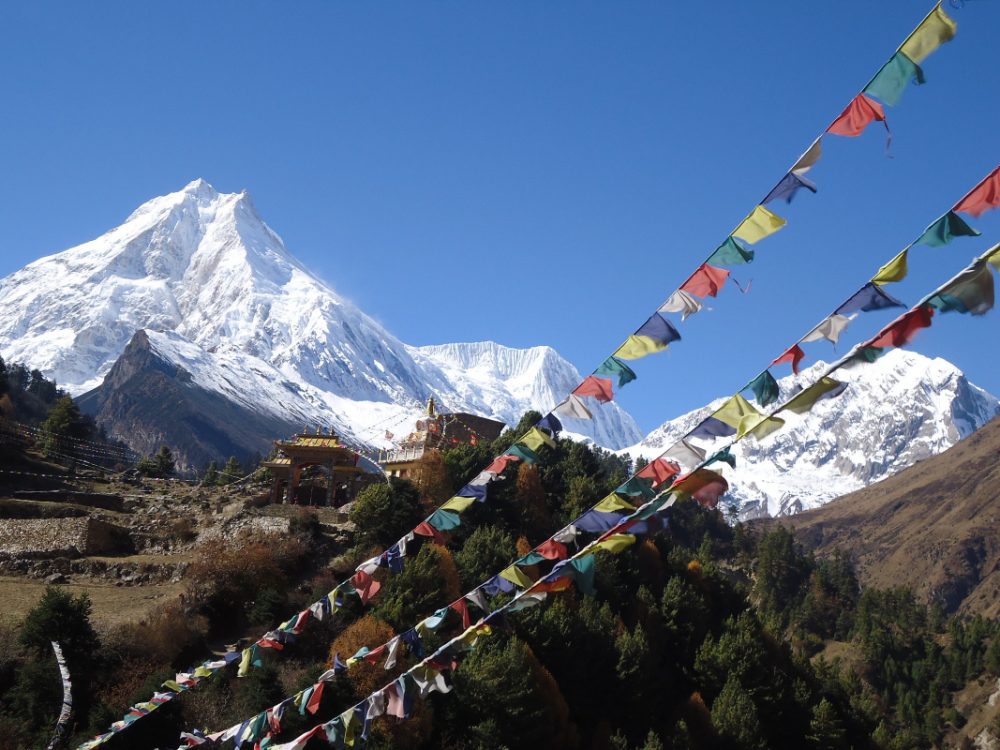 Fun Fact: Manaslu is derived from a Sanskrit word ‘Manasa’ which translates as soul or intellect.

Manaslu circuit trek received 7,203 tourists in 2017, the highest since the area was opened to tourists in 1995.

What does this mean to you?

Well, this tract is not overcrowded like most others and there is a lot to explore!

Here are 5 reasons why Manaslu Circuit Trek is a must-go destination for everyone!

1. The Most Scenic Trail

Manaslu circuit trek, hands down, is the most scenic trail in Nepal.

This montane region offers arresting insights into the herculean peaks towering above 8,000 meters.

But that’s not all!

You will be walking through several passes above 5,000 meters.

There are not many hikes in the world that have these combinations.

So if you’re new to vlogging or searching for vlog topics to work on, look no further!

Also, if you’re lucky enough, you will get to witness a snow leopard, one of the vulnerable species with less than 10,000 mature individuals remaining in the entire world.

Nepal might be a developing country but it is rich in natural resources. And you, as a visitor, should make sure it stays that way.

Refuse. Reuse. Recycle. Follow these golden rules regardless of treks you pursue.

2. The Mountain of Spirit 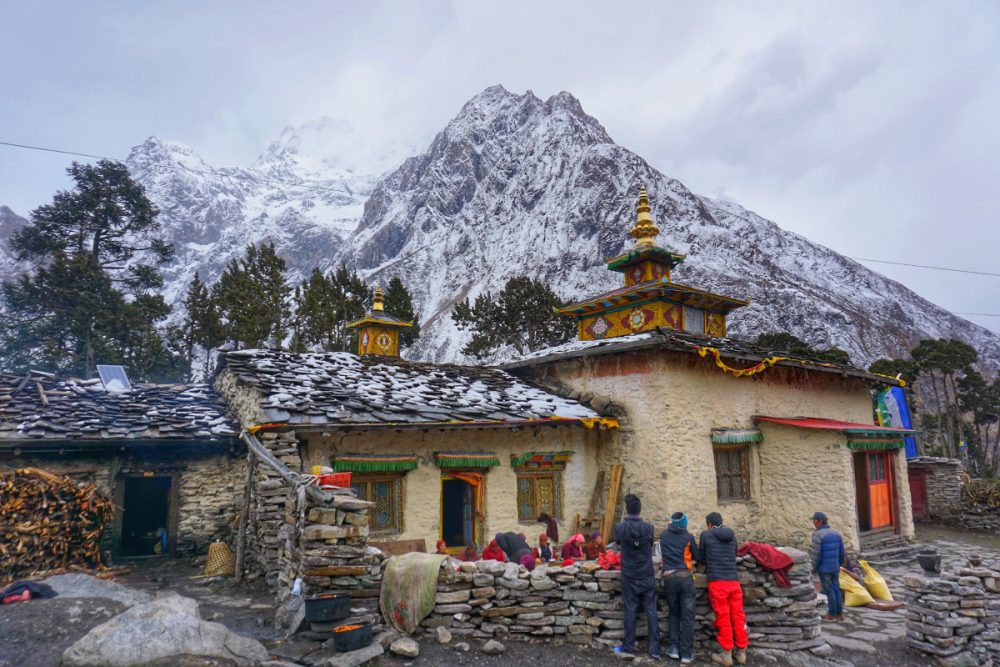 You already know that Manaslu means ‘spirit’ in Sanskrit. This region has many monasteries and temples that will enrich you spiritually.

The lower region is inhabited by the Hindus whereas the upper regions have Buddhist settlements.

Tsum Valley is the valley with the largest settlement of Tibetan Buddhists. The people here follow an ancient form of dialect, art, culture, and religion.

The difference in culture comes along with variations in lifestyle, praying styles and most importantly, food.

Overall, the Manaslu Circuit trek offers you an experience of a lifetime.

Manaslu Circuit Trek is less expensive than most other treks like ABC or EBC, thanks to the road connection from Kathmandu.

If you’re on a budget and not willing to break the bank for a trek, book a local bus for USD 8-10 bucks and get to the trailhead.

From there, you will be spending USD 75 for the first week per person, and USD 10 per day per person thereafter.

Also, you can cut your expenses by carrying your own bags, avoiding alcohol and opting for homestays and camping.

4. Altitude Sickness Is a Myth 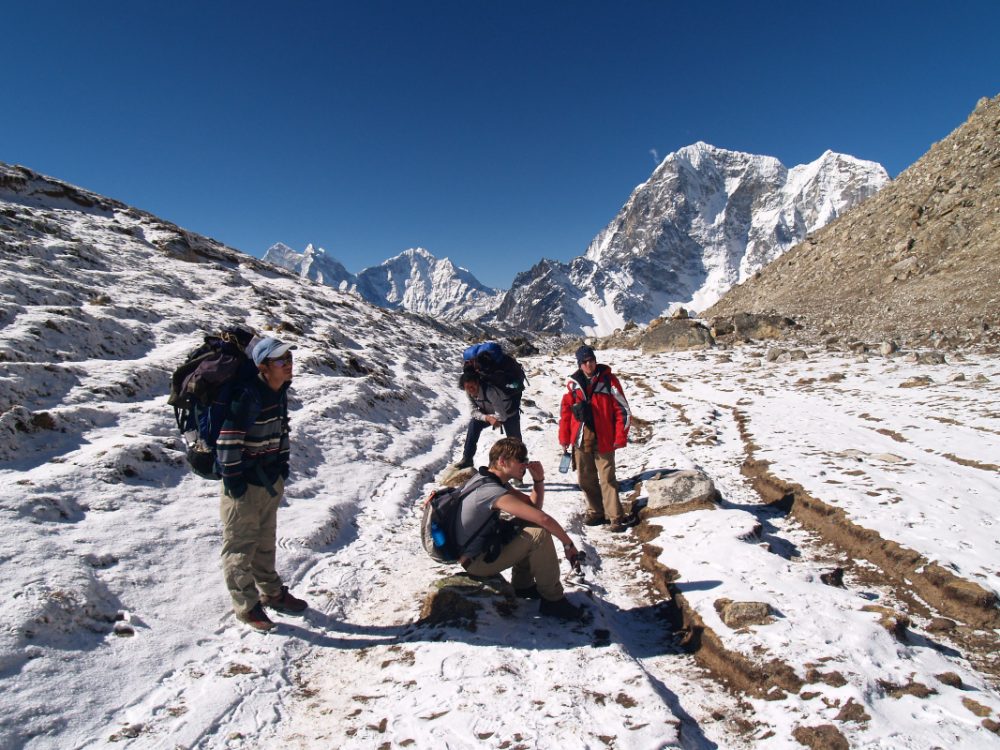 However, as the circuit starts from 710 meters and reaches the maximum altitude of 5,150 meters, the chances of altitude sickness are significantly less.

What does this mean to you?

If you weren’t able to complete Everest Base Camp or Annapurna Base Camp because of altitude sickness, this could very well be your next destination.

You still need to be careful and be ready to tackle the sickness, just in case. Here’s how:

A quick reminder though!

Make sure you learn the ways to purify water for drinking as the tap and stream water may not be safe.

Heard of the brave Gurkhas?

One of the kings from the Shah dynasty began his unification campion from this very place and his descendants reigned over the kingdom for 200 years.

If you have been to any treks in Nepal, you would know that there was a huge earthquake back in 2015 destroying a lot of landmarks and claiming the lives of hundreds.

And the track goes through Barpak, the epicenter of the earthquake. Don’t forget to ask the guide or a local about the incident if you’re into it.

So there you have it, 5 Best Reasons To Choose Manaslu Circuit Trek. but before wrapping up the post, here are a few tips:

Note it down, pack your bags and apply for the permits. And you’re all set for the adventure of your life!

Thanks for stopping by!