Do you have a lover of Sci-Fi in your family? If so, then The Tinker and the Fold is perfect for them.

The Tinker and the Fold Part One

The Problem with Solaris 3 is the first book, and it takes place in Southern California in 2028. Jett Joseph Javelin Junior is an eighth grade student that loves to tinker. That is until his tinkering goes dangerously wrong and attracts The Fold. The Fold is an extraterrestrial force that keeps peace among the galaxy. When they come to collect Jett, his life is thrown into chaos. From alien abduction, to living in Tower 100, becoming a castaway, to flooding the White House with aliens that eat everything in sight, Jett's adventure to save Earth will keep you guessing, and keep you wanting more. 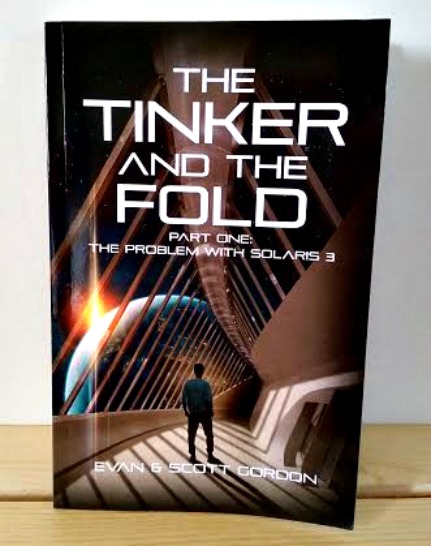 The Tinker and the Fold Part Two

The Rise of the Boe officially releases tomorrow, but we were lucky enough to get our copy early. The second book follows Jett Javelin, his brother Jack, best friend Cyd, and Nukii, as they set out to save Jack and Jet's father from the The Fold's rehabilitation center on the base of Solaris 9. The Quantum Swapper takes them way off course, and into the galaxy, where murderous Hazbog is looking to settle the score with The Fold. Jett must now race against Hazbog and his army of Boe warriors to save his friends and himself from the clutches of the blood mist. Who will survive? Get your copy tomorrow to find out! 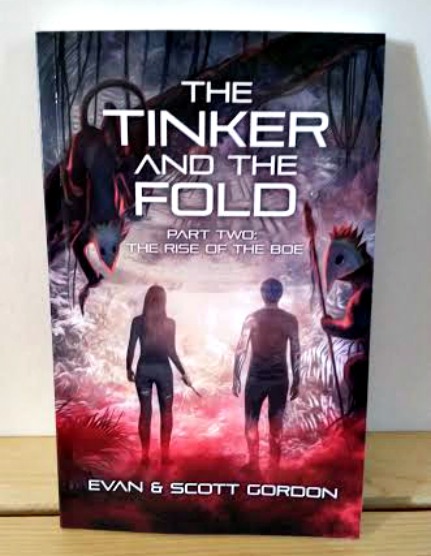 The Tinker and the Fold is written by a father and son duo. Scott is a father of three and loves taking his kids to Comic Con, writing, playing ukulele, and more. He is currently working on the third installment of The Tinker and the Fold. Son Evan is the other author. He's a creative middle school student who spends his time playing basketball, reviewing books for a teen blog that promotes literacy, standing up for the humane treatment of animals, and attending Comic Con as a cosplayer. (My kind of family for sure!)

I just finished both of these books. They were quite fun! I'm going to hang on to them for when I feel my son is old enough to read them. Rebecca @ The Portsmouth Review Follow me on Bloglovin'