Calling all BLOGGERS!  Do you find your wrists hurting during the day, I do!  Moving from keys to the mouse is causing my wrists to hurt so trying to find a new way to help.  I plan to be blogging for awhile, so something needs to give!  I came across the Penclic B3 Mouse which is designed to prevent repetitive injury strain as the hand sits in a more natural, comfortable position.

When I first saw the Penclic B3, I thought it was a PEN but no its a pen in a stand.  Now to use it takes a bit of time to get used to it but I really love it now.  You will hold it like a pen, and the buttons are on the side of the pen- which is what I had to get used to the most.

The Penclic Mouse allows for me to have relaxed and natural working position which allows my forearm to rest on the work surface which contributes to less pain. After a week of using the Penclic, I didn’t have shoulder pain after a hards day work.  Some days I’m on the computer for 10 hours, so this is helping a lot.  The cursor can be moved all over the computer screen quickly and effectively.  The mouse has 5 buttons and a scroll wheel suited for both left and right-handed users with its symmetrical design.

It also is BLUETOOTH, so it will work wirelessly via a Bluetooth receiver that plugs into USB port. I like no wires around my laptop, so this works so well with my day to day computer usage. My daughter who is lefty can also use it, and she likes it a lot too.  The B3 comes with a rechargeable battery that you re-charge by just plugging into a USB port, which is COOL!

SIDE NOTE: It’s both Mac & PC compatible and comes with a two-year warranty.

The Penclic B3 is the ideal companion for left and right handed users. It enables the extension of our bodily movements and harnesses the natural power and dexterity in our fingers and hands. It creates a healthy and natural working position. Penclic‘s innovative pengrip counteracts Repetitive Strain Injury (RSI), obtained from using a traditional computer mouse. 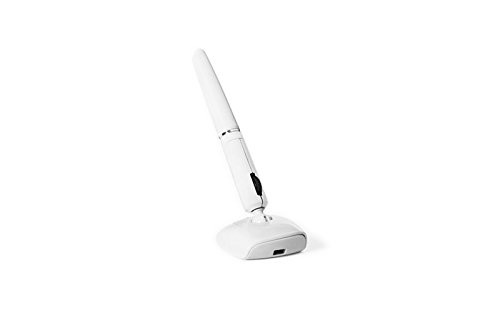 The Penclic B3 Mouse is on Amazon

Special Baby Selections For Your Precious Bundle Of Joy
← Previous
Four Reasons Why No One Is Interested In Buying Your Home
Next →
Click here to cancel reply.